[When Wrestlers Act] Teenage Mutant Ninja Turtles: Out of the Shadows (2016) 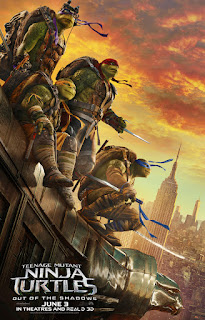 PLOT
A year has passed since the Ninja Turtles saved New York City from the evil Shredder (Brian Tee) and the Foot Clan. Although the Turtles would love to live amongst the public, they know humans will fear them - allowing April O’Neil’s (Megan Fox) cameraman Vern Fenwick (Will Arnett) take the credit and making him a citywide hero. As they continue to wait in the shadows in case more people need saving, April lets them in on the fact that the Foot Clan is planning on breaking out Shredder from prison with the help of scientist Baxter Stockman (Tyler Perry). Even though the Turtles try to stop the escape, they’re shocked to see that Shredder has managed to teleport himself out of danger. This teleportation leads Shredder to Dimension X, where he meets Krang (Brad Garrett) - a slimy alien who wants to rebuild the Technodrome and conquer Earth with the help of Shredder. Shredder has also come across a canister of ooze - the same ooze that turned the Turtles into the humanoids that they’re now become - using it to turn Bebop (Gary Anthony Williams) into a giant warthog and Rocksteady (Sheamus) into a giant rhinoceros. Joined by suspended corrections officer, now vigilante, Casey Jones (Stephen Amell), the Turtles and April plan on stopping Shredder and Krang from achieving their devious goals. 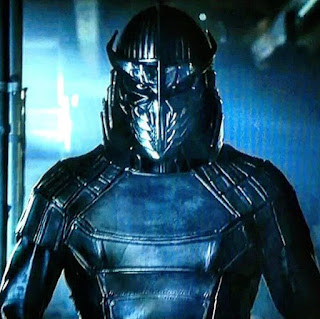 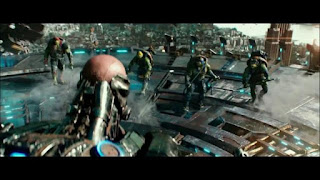 I know some people are hating on it, but I had fun with TEENAGE MUTANT NINJA TURTLES: OUT OF THE SHADOWS. It’s a definite improvement over the 2014 reboot, resembling the original cartoon to create a nostalgic effect for older audiences, while re-introducing younger fans with characters many of us grew up loving. Dave Green’s direction is confident. The acting is mostly solid. The action works. And while the special effects are still behind the practical effects used for the series in the 1990’s, I’m sure children will love the colorful characters. OUT OF THE SHADOWS doesn’t cater to my audience, but I still found things I got a kick of. Sue me, but I dug this for the most part. Probably my guilty pleasure of 2016 so far.