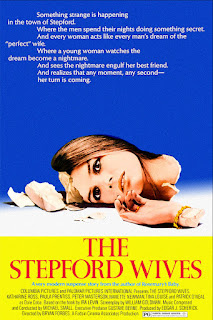 Plot: Joanna Eberhart has come to the quaint little town of Stepford, Connecticut with her family, but soon discovers there lies a sinister truth in the all too perfect behavior of the female residents.

Based on the Ira Levin novel, THE STEPFORD WIVES remains a relevant piece of social-horror, especially considering what the American Government has done to the rights of women in 2022 alone. The film angered many feminist groups back in the day due to its premise, but THE STEPFORD WIVES is a well-told tale of some men wanting to create a utopian world in which they control women in their own image to maintain their supposed power of the sexes - which is depressing considering how this mentality remains unchanged for a certain group of men in our current social climate. Really only a horror film due to its premise and the haunting final moments of the movie, this drama meanders in the middle portion of the film but still manages to keep you thinking through its strong social commentary. Not a stylish film at all, but the acting makes up for it - especially by lead Katharine Ross and scene-stealing standout Paula Prentiss as the best friend who sees what’s going on until it becomes too late. 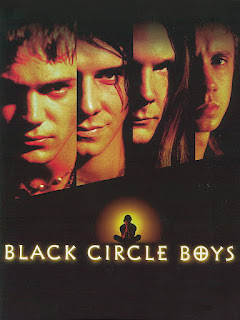 Plot: A young man moves to a new town after experiencing a tragedy and becomes involved with a gang of Satan-worshiping teens who believe they have supernatural powers. But by the time he realizes he’s in too deep, it may be too late to escape.

If you take 1996’s THE CRAFT and add a male slant to it, you get BLACK CIRCLE BOYS - a film based on the true story of Ricky “The Acid King” Kasso, who [with two other teens] murdered his friend under the influence of LSD with many believing he was a Satan worshiper and using the friend as a sacrifice for power. If only the film itself was that interesting, as it’s barely a horror movie and more of a crime-drama with unlikable lead characters that will make you wish some evil power would just sacrifice all of them so we wouldn’t have to watch them for 100 minutes.

The film looks cheap and is paced so slow and languid that you’ll end up caring about anything else but this movie. The performances, especially by Scott Bairstow, Eric Mabius and Chad Lindberg are solid enough to keep your attention somewhat. And besides funny cameos by Donnie Wahlberg playing a gay drug dealer and Lisa Loeb played an angry woman named “Angry Woman”, there’s not much going on here. And I won’t even mention one of the worst endings I have ever seen for any film in any genre. Make a wish to Manon to forget this movie even exists and just watch THE CRAFT again. 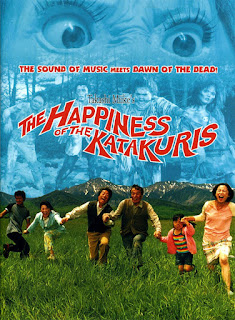 Plot: The Katakuri family has just opened their guest house in the mountains. Unfortunately their first guest commits suicide and in order to avoid trouble they decide to bury him in the backyard. Things get way more complicated when their second guest, a famous sumo wrestler, dies while having sex with his underage girlfriend and the grave behind the house starts to fill up more and more.

The HAUSU of the early 2000s, THE HAPPINESS OF THE KATAKURIS is a surreal and odd horror-musical that you won’t forget after watching it. Focusing on a dysfunctional family who run a motel in the middle of nowhere, they receive guests who check in but unfortunately don’t check out due to them randomly dying in different ways. While the narrative is amusing and escalates as the film reaches its end [how many bodies can one family bury in a single location], the movie is really focused on Takashi Miike’s visual style and musical compositions that will undoubtedly put a smile on your face. Stop-motion animation, cartoonish and green screen images [including a cool volcano scene] bring out the playfulness to hide a pretty dark narrative.

The actors all bring something different and really seem to be into their roles, making the film as fun to watch as them being in it. Plus, I’m down for any movie that involves dancing zombies and musical numbers that make me feel like I’m on an acid trip that I don’t want to bring myself out of. I’ll also never see an uvula the same way again, so thanks for that, Mr. Miike. But seriously, if you enjoy batshit insane movies that playfully blend horror with funny musical numbers, THE HAPPINESS OF THE KATAKURIS fits the bill. 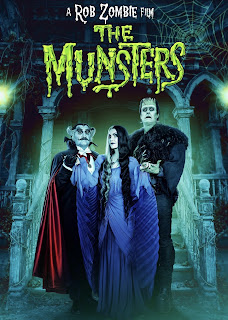 Plot: Herman and Lily’s crazy courtship takes The Munsters on a hauntingly hilarious trip from Transylvania to Hollywood.

After that trailer failed to make any sort of positive perception, Rob Zombie’s take on THE MUNSTERS was a film I wasn’t really looking forward to despite the fact that I like his movies more than most in the horror community. Learning that the movie would go straight to Netflix [as well as home video and digital] instead of theaters was also a sign for the worst. Yet despite the majority of negative takes on the film, which is not surprising considering who the director is, I decided to take a chance on it and fear for the worst. And while I don’t think THE MUNSTERS is a good movie, I don’t think it’s as bad as many are claiming it to be.

The good stuff out of the way - Zombie is still a very good, stylish director who definitely has an aesthetic and style that pleases the eye. While many critiqued the film for looking cheap, it didn’t bother me since the original TV series looked cheap anyway. I liked the colors of the film [the greens and blues pop out nicely] and the music video style of certain segments [actors in the foreground with wacky graphics behind them] is pretty cool. I also thought the added film grain after-the-fact [the film was obviously filmed digitally] was a nice touch.

The actors are also game for whatever Zombie wants them to do. Daniel Roebuck is the standout as The Count, really embodying that character. Jeff Daniel Phillips has the Herman Munster mannerisms and his laugh down, but his voice was a bit off for me. Sheri Moon Zombie was gonna play Lily Munster no matter what and she’s fine, even if her one note performance becomes quite dull by the end of the film. I also enjoyed Richard Brake not playing a scumbag for once in an against-type role.

As for the rest, what a mess. THE MUNSTERS barely has a story, if you can call it that. The first half of the film deals with Herman and Lily’s courtship, which is the strongest aspect to the narrative. It could have made for a good hour-long TV special or something that we could watch during Halloween season. But unfortunately, there’s 50 more minutes that just meander through moments needed to lead into the family living at 1313 Mockingbird Lane. Zombie should have gotten a screenwriter or two because some of the dialogue is a bit cringe and the dad jokes don’t always land or are mostly unfunny. I get the TV show is camp and cheese, but I felt Zombie tried too hard with a lot of it. His heart was in the right place as a true fan of the source material, but sometimes that’s not enough to make a project worth recommending as an annual watch.

I think if Zombie was just hired as a director and let people he trusted to write the story, THE MUNSTERS could have been a winner. But the film was a good first half and a pretty dull second half mainly due to its screenplay. That being said, I don’t think it’s his worst film [that would still be 2016’s 31]. But I don’t see myself taking the time out to watch this again, which is unfortunate because this could have built a cool updated franchise for beloved characters.