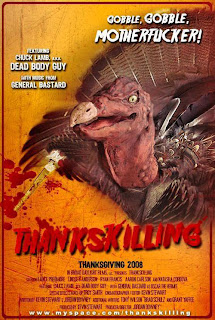 
Thanksgiving - the day the Pilgrims celebrated their thanks to God for helping them survive their first New England winter with 90 Native Americans.

Thanksgiving - the day families come together to feast on large quantities of turkey, cranberry sauce, ham, and a whole bunch of other stuff that will have people running to the gym the next day.

Thanksgiving - the day where a killer, smart-mouthed Turkey, sent as vengeance by slaughtered Native Americans, slaughters stereotypical characters in a really ridiculous B-movie.

Gee, I wonder which one of these I'll be discussing in this review...? If you said the second one, then you're a DUMBASS! But if you said the last one, then you win the grand prize: my review for 2009's modern B-movie classic, THANKSKILLING. Fight off the tryptophan and keep your eyes open for my new Thanksgiving movie tradition for years to come.

PLOT
A 1621 Puritan baring her big, beautiful boobs runs through the woods, scared by something - which happens to be a puppet playing a killer turkey who has obviously studied at the same One-Liners School with Fred Krueger and Charles Lee Ray. Apparently, some pissed off Native Americans put a curse on the Pilgrims and their decendants by creating a demon possessed turkey to kill them one by one. I don't understand this sort of evil. It's not like the white people took their land or anything!

Anyway, we travel 500 years later [someone doesn't know how to count] where five stupid college kids [The Jock, The Good Girl, The Nerd, The Slut, and The Hick] take a road trip during Thanksgiving break to head towards their respective homes to celebrate the holiday. Unfortunately, some dog finds a talisman in the woods and decides to pee on it. And if you've seen A NIGHTMARE ON ELM STREET PART 4: THE DREAM MASTER, you know that dog pee [next to electricity] will resurrect a demonic force once thought vanquished - in this case, the killer turkey. The turkey has his sights set on these ignorant college students, keeping tradition alive by slaughtering them and their parents. Bring on the gravy and stuffing!

REVIEW
After all the holiday-themed horror films out there, I'm r 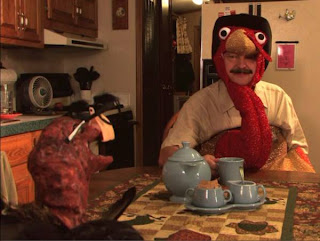 eally surprised that there aren't more that take place during Thanksgiving. While Eli Roth's THANKSGIVING trailer during GRINDHOUSE is probably the most famous [and will most likely be turned into an actual film - fingers crossed!], THANKSKILLING actually serves 66 minutes of Thanksgiving goodness. I came across this film on Netflix [it's on Instant Watch] and figured it'd be a nice time-filler so I could post a review that relates to the upcoming holiday. But damn was I surprised by how hilarious this movie is! Yeah, it's a total piece of crap in every aspect, but it's entertaining as all hell and should be watched by all B-movie lovers.

The screenplay is absolutely absurd and ridiculous that I actually have to applaud the filmmakers for actually gathering money and balls to turn it into an actual movie. I mean, the killer is a life-sized turkey who looks like a puppet and sounds like JACK FROST. You can't take this kind of stuff serious. By the way, this turkey is a real character. He swears like a sailor. He enjoys banging slutty chicks from behind without their knowledge. And he can make people believe that he's their father if he's wearing their face on his. This guy is the true epitome of cunning, witty, and successfully doing things incognito.
I, personally, have longed to find someone I can aspire to. It took me almost 30 years, but I think this killer turkey is my role model. He's sarcastic. He's handy with weapons. He's a master of disguise. This turkey is everything I want to be. Thank you, Mr. Turkey for making me believe that there is hope for me yet. *Sniff* Thank you... *Sniff*

Seriously, this turkey puppet has more personality than some of the horror villains I've seen recently. And this puppet definitely has more personality than the human characters, who are nothing but exaggerated stereotypes. Then again, that's not a bad thing considering the actors are gung-ho to take each stereotype to the extreme. Usually, these kind of stereotypical characters leave me feeling indifferent or angry to the point that I want the killer 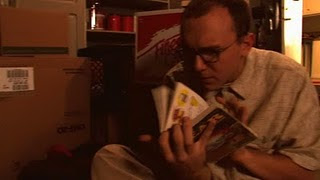 to get them. But I actually liked these idiots. While some of the characters were more interesting than others [Ali, the really dumb slut and Darren, the nerd, were highlights - Kristen, the good girl, didn't do much for me besides her Jon Benet Ramsey joke], I think the really funny dialogue helped make an already implausible and stupid situation even more implausible and stupid - and that included the characters. From the homoeroticism between Darren and Billy [that montage sequence was a highlight], Ali getting raped by the turkey himself, Johnny grief over his parents' death due to "No more pumpkin pie! No more cranberry sauce!", and to the turkey actually pulling off a Leatherface and disguising himself as one of the victim's fathers [in turkey height, feathers, and all] is just bizarre, as it is entertaining.

And the dialogue is so bad, that it ought to be studied in screenwriting classes everywhere. And while the jokes don't always hit the mark, a majority of them do. Especially the turkey one-liners, which had me dying with laughter at how cheesy yet appropriate they were. It's obvious that the filmmakers were having fun with this film. The real question is whether it was intentionally bad on purpose or these filmmakers lucked out with their lack of skill?

The film is incredibly low budget. That's no more evident than by looking at the turkey killer himself. It's nothing more than a rubber puppet with someone's hand up its turkey ass, moving the beak with its fingers. And for some reason, it works. I think it's because a rubber puppet is more B-movie friendly and funnier than a CGI turkey or a dude in a turkey suit. As for the gore, there's some. The goriest scene is where the turkey pecks his way out of one of the character's stomachs after he eats them. We see blood and guts and stuff. But it's mostly pretty tame, obviously because there was no budget to really go all out on gore effects. You'll be laughing so much, you won't even care. I will say that there is a moment where the turkey's history is told through animation, which was really cool. I was really impressed by it and it was definitely the part of the film where most of the budget probably went.

The direction by Jordan Downey isn't all that impressive, but it doesn't have to be. It's pretty much a point and shoot affair. The editing at times is pretty uneven, but the cinem 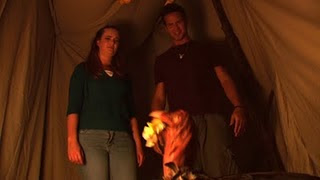 atography isn't all that bad. There are some moments in style, such as with the previously mentioned animation sequence. But overall, what you see is what you get. Like the story, the visuals don't have much depth either. But I do appreciate a director who shows a pair of beautiful breasts as his first shot of the film. Kudos, my friend!

As for the acting, there's not much to say about it either. All the actors are pretty bad and each one of them have their moment to shine. The acting makes the film a lot more fun than it probably should be. It's one of those things that needs to be seen to be believed and enjoyed.

- The first shot of the film is a female pilgrim showing us her huge candy yams. I only got one word to say about this: Geronimo!

- "It's Thanksgiving, not Titsgiving." I dunno... if it was Titsgiving, I would be eternally giving thanks.

- A dog resurrected the turkey by peeing on it. Talk about pissin' on hospitality! Now I have to tighten my belt to stop my hunger pains!

- The Sheriff's wife took a shit in the Sheriff's coffee as a declaration for divorce. Well that brown log is totally in her half of the divorce settlement!

- A bunny flew right into a burning campfire. I knew that turkey resembled Glenn Close!

- A driver let the turkey hitch a ride because he wanted the turkey's "tight ass". Stove Top has nothing on that stuffing!

- Don't eat a demonic turkey. He'll eat you out. And not in that fun, pleasurable way either!

THE FINAL HOWL
THANKSKILLING was quite the surprise 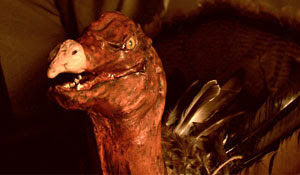 . As horrible as it is in every single possible way, I couldn't help but like this idiotic movie. If you're willing to leave your brain behind and just be entertained by 66 minutes of stupidity that resembles a Troma film, then this film is for you. Film snobs shouldn't bother with this one. I can't wait for the sequel... in SPACE!

By the way, Happy Thanksgiving to all of my friends, readers, and followers out there in blogger-land. Gobble Gobble, Motherfuckers!