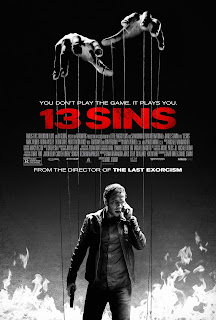 PLOT
Elliot Brindle (Mark Webber) has had a rough day. Instead of getting the promotion he was expecting from his boss (Richard Burgi), he’s fired from his job. Without a job, Elliot can’t support himself, let alone his pregnant fiancee Shelby (Rutina Wesley) who is trying to plan their wedding. He also can’t afford to support his mentally handicapped brother Michael (Devon Graye), which will lead him to unwillingly be institutionalized. Adding to the crap pile is the eviction of Elliot’s father (Tom Bower) from his retirement home, which is a huge problem since he’s a racist and Shelby is African-American.

Hitting rock bottom, Elliott receives a mysterious call (George Coe) that seems to know him and about his current situation. The caller tells him that all his problems will go away if he completes 13 tasks, all with increasing monetary value. The first few start off as playful and mildly mean to some, but as it continues, the tasks become more dangerous and a bit too extreme. A desperate Elliot plays the game, which makes him a target of Detective Chilcoat (Ron Perlman), leading to a conclusion that becomes way too personal and questions his morality. 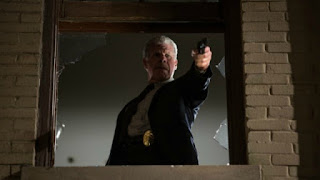 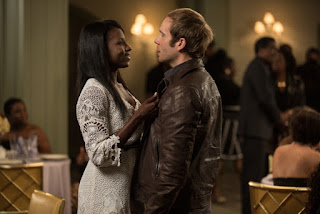 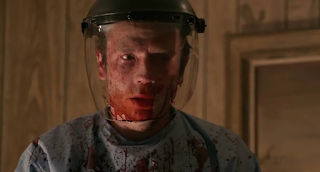 13 SINS surprised me with how good it was. Never having seen the original Thai film that inspired this American remake, I came in with low expectations and came out enjoying the film for the most part. Solid acting, a clever premise, and a well told narrative with a twist ending that works make 13 SINS a psychological thriller worth looking for. Some of the plot points made no sense, or couldn’t even possibly happen regardless of the out-there premise. And the direction was uninspiring at times, but not totally terrible. So yeah, 13 SINS isn’t perfect, but it won’t make you go to cinema confession either to wash it all away.