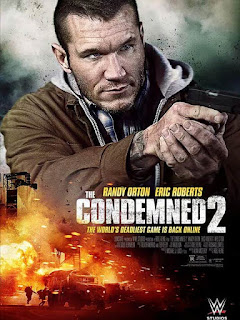 PLOT
Will Tanner (Randy Orton) is the leader of bounty hunters tracking down a fugitive that Will accidentally kills while bringing in. Will receives a two-year probation/suspension sentence after being charged with involuntary manslaughter, making Will rethink his bounty hunter life for a better, and less violent, professional future. Now wanting to live a life without violence, Will is an ordinary tow truck driver. However, his former teammates start popping up one by one, all attempting to murder him. Apparently, the entire team has a bounty on their heads, set up by Raul (Steven Michael Quezada) - former right hand man of the criminal Will had previously murdered. Creating an underground gambling den, Raul has been broadcasting this “game” of Will’s survival for profit, condemning him for the sins of the past. 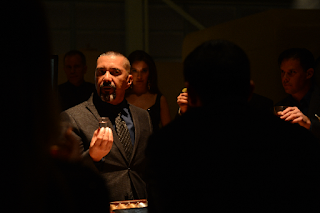 I have three words for THE CONDEMNED 2: DESERT PREY…

Even though it’s considered to be WWE Studios’ biggest financial flop, I felt 2007’s Steve Austin led vehicle, THE CONDEMNED, was one of the company’s better cinematic efforts. No one asked for a sequel, even in name only. But here it is - THE CONDEMNED 2: DEADLY PREY - a direct-to-video sequel starring Randy Orton that has nothing to do with the first film besides its premise. No charismatic actors. No entertaining action. Nothing but boredom, just like the current WWE product these days.

I’m not going to make this review all that long, only because there’s nothing really to say about this movie. Other than it sucks and you’d be wasting your precious time and money with this “sequel”. The “Most Dangerous Game” has been done to death and done way better than this film attempts to. TURKEY SHOOT did it better. BATTLE ROYALE did it better. THE RUNNING MAN did it better. Even THE HUNGER GAMES did it better. THE CONDEMNED 2 is just generic, predictable, and boring all at once. The premise may be there, but there’s no meat or imagination to it whatsoever. 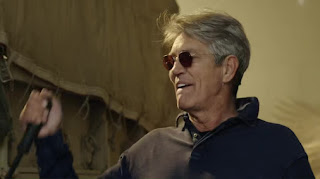 It doesn’t help that all the characters are just bland and one-dimensional. Our hero, Will Tanner, isn’t given much to do but evade attacks and fight back. Even when he’s sentenced for murdering someone during bounty hunting and losing his job due to probation, Will barely reacts to it. No guilt. No remorse. Not even a hint of satisfaction or feeling of justice. It was like an everyday occurrence. And that was within the first 10 minutes of the film. The fact that he just goes on with his life without really reacting or showing how this incident changed him made me care for the character less. It doesn’t get better for him, or anyone else in this movie, after that. Even the villain, Raul, is just bland. He’s a D-level James Bond villain, and that’s being generous. Alan B. McElroy, who wrote HALLOWEEN 4: THE RETURN OF MICHAEL MYERS, a few of the WRONG TURN films, and THE MARINE simply wrote this for a quick paycheck. I hope he bought something good with that money and our waste of time.

Roel Reiné is a decent enough action film director, but it barely works here. Sure, some of the action scenes and visuals of explosions are cool before they wear out their welcome. But other than that, it’s a pretty pedestrian and blah looking movie that’s unmemorable for the most part. Even the fight choreography felt like it went through the motions. Figuring that most of the film takes place within the desert, Reiné could have done more with the locale. But it’s your typical low-budget direct-to-DVD feature. I’m not saying there’s anything wrong with that. It’s only wrong when you don’t try to hide it and make the film feel bigger than it actually is. Reiné doesn’t bother.

Not much to say about the acting either. Randy Orton is a good wrestler, but he’s not much of an actor. He has a quiet charisma and presence about him that works inside of the squared circle, but not in a leading role for 90 minutes. He recites his lines in the same monotone way he recites wrestling promos, which subtracts rather than adds to the performance. Steven Michael Quezada tried to ham it up as Raul, the villain. But he felt like he belonged in a different film - a comedy to be more specific. Sorry, but seeing Orton actually have a fist fight with Agent Gomez and struggle was just laughable to me. The only one having fun was Eric Roberts as Orton’s dad. I guess there were a lot of zeroes on that paycheck. 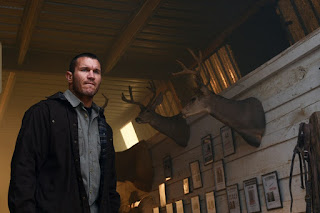 While the first film was actually a decent film, THE CONDEMNED 2 is a waste of everyone’s time - even if you’re a fan of Randy Orton and/or Eric Roberts [probably the best part of the film]. Everything is just bland - the narrative, the direction, the terrible acting, and even some of the action doesn’t pump the viewer up. If you want to be bored for 90 minutes, you’ll be condemned for watching this piece of crap. 90 minutes of an RKO meme loop would provide more entertainment than this. Nothing to see here.