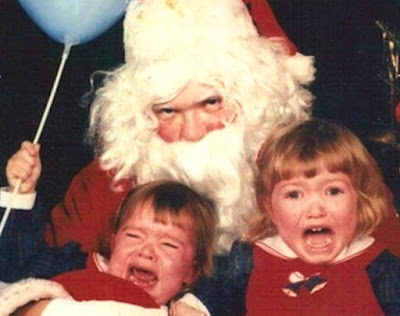 Join the Midnight Confessions Crew as we talk over a clusterfuck of Christmas crap! Happy Holidays!

Reverend Phantom's blog:
http://www.reverendphantom.com
Posted by Fred [The Wolf] at 7:05 PM No comments: 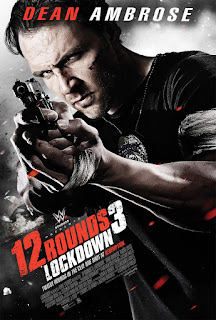 PLOT
Months after his rookie partner was killed, Detective John Shaw (Dean Ambrose) returns to work. While his fellow officers treat him with disrespect out of blame, they worship his former partner Tyler Burke (Roger Cross), who just took down a criminal who tried to kill him. In reality though, Burke is the leader of a ring of dirty cops who murdered the criminal to stop him from incriminating him. Shaw discovers a flash drive with evidence that reveals every dirty thing Burke has done, making him Burke’s next target. With only 12 rounds in his pistol, Shaw must face Burke and his gang in order to clean up his unit and become the hero he’s meant to be. 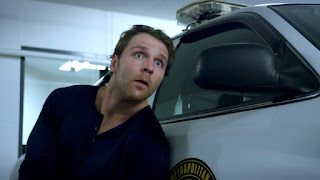 I don’t know who was clamoring for more 12 ROUNDS films, but WWE Studios provided another one for us anyway. The first 12 ROUNDS was a pretty lame over-the-top flick with John Cena phoning it in before showing us real chops recently in this year’s TRAINWRECK. The sequel, 12 ROUNDS 2: RELOADED, with Randy Orton, was slightly better due to it being more grounded due to its lower budget. While really a sequel in name only, since it doesn’t follow the 12 round premise of the previous two films, 12 ROUNDS 3: LOCKDOWN still manages to be a decent action flick that tries to rip off DIE HARD but with a lower budget and less personality and charisma. It also happens to be the best 12 ROUNDS film, mainly due to Dean Ambrose being the best lead of the three wrestlers in this franchise.

Like I mentioned, LOCKDOWN is a DIE HARD/ UNDER SIEGE rip-off, but without much of the thrills or surprises those two films had that made them memorable. The script is pretty generic. Jon Shaw is a flawed, troubled hero who just wants to do his job well, but is caught up in a situation he didn’t plan on being involved with. The bad guys, besides Burke, are extremely one-dimensional goons who want to kill the hero in order to remain incognito. It’s pretty ridiculous that they are able to shut down the entire police department, with no one really batting an eye as to why. But I guess I wasn’t supposed to use my brain about that. At least Shaw and Burke are fleshed out enough to make the story work some of the time and make you care about the situation. Especially Burke, who should have been a one-note villain, but manages to present a lot of charisma and personality to carry the film on his shoulders. He’s no Hans Gruber, but he’s kind of an interesting character with easy-to-see motivations.

And compared to the other 12 ROUNDS films, not copying the DIE HARD WITH A VENGEANCE premise actually helps elevate the story a bit. The first two films felt a bit over-the-top and trapped by the “hero must play a game with the villain” deal. The third film is a bit more grounded due to its low budget, mainly taking place inside of a police station and having the hero spare his bullets (or 12 rounds) as he takes down the villains. The story makes a bit more sense here, even though there are several plot holes if you really look deep into it. Like Shaw getting pretty injured halfway, but pretty much no selling it by the end. Or why wouldn’t Shaw just upload whatever info was on the hard drive before the place was locked down? Sure we get a cool, tense scene later on about that, but it’s still kind of dumb. And that ending was really lame, I gotta say. I like twists and turns, but this film was trying to make a roller coaster jealous. But at least LOCKDOWN seems to want to be a good movie, unlike the previous two films that were more style than substance. 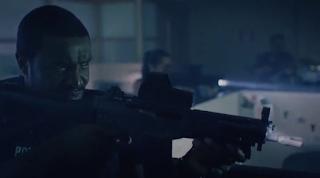 The direction by Stephen Reynolds has its moments, but it’s mainly a bland visual presentation. The action scenes are decently shot at times, but mainly focus on editing tricks and shaky cam that tend to take away from them rather than highlight them. There was maybe one scene that I felt Reynolds captured genuine tension, where Shaw is trying to upload the incriminating files into the internet cloud while he’s being chased. Other than that, the film looks good but there’s nothing really memorable about how it’s structured or visualized. I wish there was more energy in terms of the genre this film is a part of, but it’s not a bad looking film.

The acting is what you would expect out of a WWE Studios flick. Dean Ambrose doesn’t really get to show the acting chops he potentially has, as seen on WWE television. But he does well in his first acting, and lead, role handling the material well and being a more grounded persona compared to the bombastic John Cena and pretty bland and stoic Randy Orton. I would like to see Ambrose in a meatier role in his second go-around. The actor who really carries the film is Roger Cross as the villainous Burke. Probably best known for his role on 24, Cross fleshes out a one-note character and makes Burke interesting in a subtle way that I wasn’t expecting. He never hams it up, or portrays the role in a typical Bond villain fashion. He and Ambrose have some good chemistry with each other, and I bought the tension between them. Without Cross, I don’t think LOCKDOWN would have worked as surprisingly well as it does. It’s nice to see Daniel Cudmore [X-MEN’s Colossus] and genre actor Lochlyn Munro in decent roles. The acting is fine, but it won’t blow anyone away or anything. 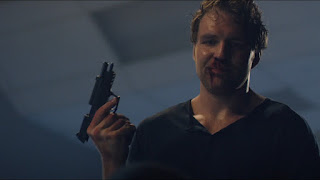 While no one asked for a third 12 ROUNDS movie, at least LOCKDOWN manages to be a surprisingly decent time for 90 minutes. While the story is a generic DIE HARD and UNDER SIEGE rip-off, it does the tropes as well as one would expect without insulting ones intelligence. I liked that it was a more grounded film compared to the over-the-top films that came before it. I liked that Dean Ambrose was a more interesting actor than John Cena and definitely Randy Orton. I thought Roger Cross carried the film well. And the 12 ROUNDS reference felt more realistic than the “let’s play a game” deal of the previous films. It’s not a film I would recommend in the slightest. But if you liked the other films in this franchise, or just a fan of the Lunatic Fringe, it may be worth a look. Probably one of the better WWE Studios films, but that’s not saying a whole lot.