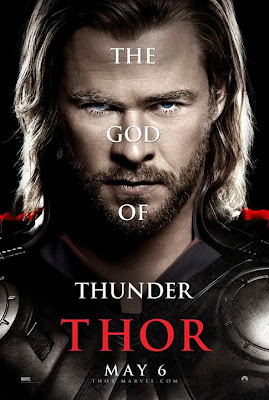 Even though superhero movies or films based on comic book characters have been very popular ever since Batman's smashing success in summer 1989, it seemed that the genre didn't really get the kick off as a Hollywood trend until 2000 when Fox released X-Men, and in 2002 with the massive success of Spider-Man as big motion pictures. Marvel started becoming a household name and was pouring out a new film just about every year or every other year. We got The Punisher, Hulk, Fantastic Four, Daredevil, Elektra, Ghost Rider, and sequels to both X-Men and Spider-Man. And while most, except for those Bryan Singer X-Men movies and the first two Sam Raimi Spider-Man movies, are hated or have audiences torn, Marvel decided to form its own studio to distribute the rest of its superhero properties. Producer Kevin Feige formed Marvel Studios and came up with the master plan to give longtime fans the biggest wet dream of their fandom lives by forming a cinematic universe just like in the Marvel comic books. In 2008, Marvel Studios released their first attempts at this shared universe with Iron Man and a reboot of The Incredible Hulk. Iron Man was a pretty decent success at the box office with audiences, with long time fans falling in love with Robert Downey Jr.'s now iconic portrayal of Tony Stark/Iron Man, who became one of the best characters in the MCU. While definitely light years better than the very disappointing Hulk movie in 2003, The Incredible Hulk starring Edward Norton did okay but much smaller amounts of cash at the box office. In 2010, Marvel released Iron Man 2 which did decent business, even though it wasn't on par with the first film. Which brings us to 2011, when Marvel gave the Asgardian God of Thunder his own movie with Thor, as well as creating the best and most iconic villain in the MCU to grace the big screen.

In a world light years away from our own, Asgard sits high above the universe, looking down on the nine realms. Odin, king of Asgard has two sons (Thor and Loki) and wishes that one of them will take up the throne from him. The Frost Giants invade Asgard, leading Thor to take his friends and brother into the Frost Giants' dark icy kingdom to strike back. Thor's disobedience to his father causes Odin to cast his son out of Asgard and send him to Earth after taking his powers and hammer away. Odin places a spell on the hammer to only be lifted by one who is worthy. Thor lands in the New Mexico desert where he is discovered by research scientist Jane Foster, Dr. Selvig, and Darcy. Meanwhile, Loki finds that he is not Odin's biological son and lets his jealousy of Thor twist him into selfishness and he aims to take the throne for himself and kill anyone who gets in his way, even his own brother and father. Thor must find a way to stop Loki's reign of dictatorship and attack on Earth, powers or not.

While I loved Iron Man, and enjoyed The Incredible Hulk and Iron Man 2, Thor is probably my favorite film in Phase One, aside from obviously The Avengers. For starters, Asgard and all of the special FX are gorgeous to look at. This is how a sci-fi/fantasy movie should look and feel. It's simply breathtaking! I just get so bewitched by the visuals in this film, it's just incredible.  I think another thing that makes Thor stand out is how simple its narrative is. Iron Man, Incredible Hulk, Iron Man 2, and Captain America have very heavy narratives. Thor is simple and feels like it is on a much bigger scale. Probably because Thor is from a much more fantasy world, whereas Tony Stark lives in our world,  and so does Captain America except he's from a completely different timeline. But, Thor and Loki are Gods and live high above us in their land of beauty and wonder. My favorite scene from this movie hands down is Thor and his army fighting the Frost Giants on Odenheim. I want to see more epic fantasy battles with our God of Thunder and it looks like Thor: The Dark World will explore the other realms of this galaxy. More Asgard please!

Another thing that sticks out with many fans is that villain you just love, which in this case is Thor's very jealous brother Loki, who is known in mythology as the Night God of Mischief. Loki is a ruler. He is like any great villain, his thirst for power consumes him. But, what I love about Loki is how his voice sorta changes when he turns from good brother to cold hearted and ruthless antagonist. He starts out kinda quiet and has a soft spoken voice, but then it turns into this cold accent where it sounds like he is talking down to you from a very high throne and is about to sentence you to a dark dungeon for all eternity. He almost feels more like an Aries God of War type, but he likes to play on his brother's goodness and that's what makes him one of the best villains in a comic book movie.

Lady Sif is another character that I have grown completely fond of. She is a sexy warrior who may be easy on the eyes, but she can just as easily cut those eyes off with a sword. I am a huge fan of females who can be just as badass as the guys. While Marvel does have some great strong and powerful women in their midst, I do feel that DC Comics has the upper hand in this arena (Wonder Woman, Black Canary, Huntress, Catwoman, Batgirl/Oracle, Supergirl, Hawkgirl, Lois Lane, Lady Shiva, Poison Ivy, Zatanna, Katana). Sif is basically Marvel's version of Wonder Woman, who in my opinion deserves a movie. But, Sif is a great character who I am very much looking forward to learning more about.

If I had any complaints about the film, it would be that Thor and Jane's relationship happened rather quickly. I do feel that Jane's characterization could have been stronger. But, this is just a small nitpick. Hoping it is further developed in The Dark World.

The direction by Kenneth Branagh was incredible. Visuals were out of this world.

The cast was also great. Chris Hemsworth is fantastic as Thor, giving us a superhero that is fun and charismatic. Anthony Hopkins played Odin, king of Asgard, with class and heart. Natalie Portman was okay as Jane Foster. Stellan Skarsgard was good as Dr. Selvig. Kat Dennings was a bit annoying here and there as Darcy, but she is one sexy gal. Idris Elba was great as the gatekeeper. Clark Gregg was great as always as Agent Coulson. Jaimie Alexander makes for a great strong female super heroine as Sif. I really hope she gets cast as Wonder Woman. I know the characters are similar and that DC/WB and Marvel are rivals but just let a God make it a reality. And how could I end this without mentioning Tom Hiddleston as Loki? Hiddleston owns this role. He is extremely charismatic and outshined almost everyone with his devilish grin and dictator voice. He can talk down to anyone it seems, well, except The Hulk but that's saved for a different review.

Overall, Thor is a great superhero movie. Definitely one of Marvel's most fun and enjoyable films out there. Can't wait to check out the sequel!