2009 Short Reviews Catch Up + Another Award! 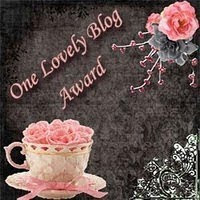 Very nice. Thank you very much, sir. Cool Ass Cinema is a great site for your alternative cinema needs. Show some love.

So with that out of the way, let's get to the point of this entry. Originally, I was gonna do short reviews for a few films I missed out reviewing last year due to time constraints. But my computer is an asshole and decided to freeze up on me before I could save it. So I'm just gonna give really quick thoughts and maybe one day when I have time, I'll come back to these films and give them deeper write-ups. As for 2009 horror films that haven't been reviewed here [like SAW VI, PARANORMAL ACTIVITY, THE STEPFATHER, etc., they'll be getting their own entries for various reasons]. 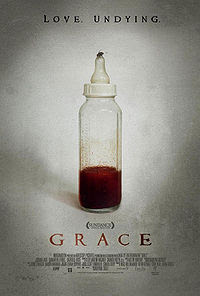 PLOT (from IMDB): After losing her unborn child, Madeline Matheson insists on carrying the baby to term. Following the delivery, the child miraculously returns to life with an appetite for human blood. Madeline is faced with a mother's ultimate decision.

+ The performances, especially by Ladd, Rose, and Ferris. They were all convincing and were all sympathetic to various degrees. Definitely the highlight of the film.

+ Creepy story, helped by the fact that it took the premise as seriously as possible. I was expecting a camp fest like IT'S ALIVE, but not here. For the best, I say.

+ The direction by Solet was very well done. I liked how subtle and calm the framing and atmosphere was, even in light of the evil that was occuring.

- Wished there could have been more explanation as to the baby still being alive after it was stillborn. The question seemed to be lingering throughout the film without it ever being answered. 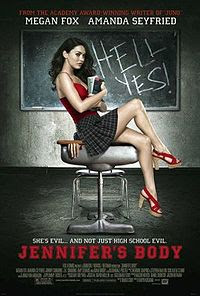 PLOT (from IMDB): A newly possessed cheerleader turns into a killer who specializes in offing her male classmates. Can her best friend put an end to the horror?

+ The acting was good here. Amanda Seyfried was fantastic in carrying much of the film and I think she's actually sexier than Megan Fox. Fox also showed some nice comedic timing and wasn't all that bad really. I liked both girls.

+ Direction was decent also. Some nice glimpses of style.

- The script annoyed me. Diablo Cody has a great ear for dialogue and humor. But it was just too much of it here and it became distracting. I know people actually talk like this, but it doesn't mean everyone will want to listen.

- Tried too hard to be a cult classic. It reminded me of HEATHERS, which is a superior film to this. Hell, MEAN GIRLS was better than this. Could have used more subtlety, but this is Cody we're talking about. I understand the attempt to make the film quirky, but it just confused the tone of the film. Was this a horror movie? A comedy? Both? 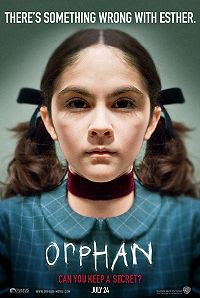 PLOT (IMDB): A husband and wife who recently lost their baby adopt a 9-year-old girl who is not nearly as innocent as she claims to be.

+ Top notch performances by all involved, especially by Isabelle Fuhrman who gave the killer child a whole new dimension. Great fake Russian accent and handled the material with maturity. I want to see more of this girl. Farmiga was great and Sarsgaard played the nice guy perfectly.

+ Great direction by Collet-Serra. Well paced, lots of tension and suspense, and a great use of a gloomy atmosphere.

+ Killer kids rule. That is fact. 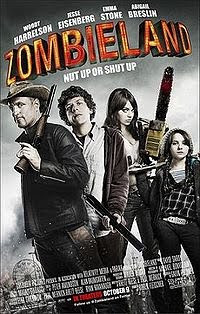 PLOT (from IMDB): Focuses on two men who have found a way to survive a world overrun by zombies. Columbus is a big wuss -- but when you're afraid of being eaten by zombies, fear can keep you alive. Tallahassee is an AK-toting, zombie-slaying' bad ass whose single determination is to get the last Twinkie on earth. As they join forces with Wichita and Little Rock, who have also found unique ways to survive the zombie mayhem, they will have to determine which is worse: relying on each other or succumbing to the zombies.

+ One of the best horror-comedies around. Definitely some great laugh-out-loud moments due to a fantastic script and great acting. Plus the script has a lot of heart, as you grow to love the characters immediately.

+ Great acting by everyone involved. Eisenberg is great as the vulnerable hero. Harrelson steals the show as the Twinkie-obsessed Tallahassee. Emma Stone was hot as the tough Wichita. And Abigail Breslin was cool as the very mature Little Rock.

- Wish it were longer. At less than 90 minutes, it was too short for me. 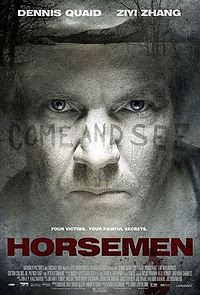 PLOT (from IMDB): A recently widowed detective still grieving over his wife's death discovers a shocking connection between himself and the suspects in a serial killing spree linked to the Four Horsemen of the Apocalypse.

+ Interesting concept. Had all the qualities of a good movie.

- Too bad it wasn't. Extremely generic in its SE7EN ripoff. The twists were interesting as seperate entities. Once they started coming together, I just found myself annoyed by the whole thing. Plus when it did come together, it just ended. Like, what was the point then? Luckily, I've seen worse.

+/- The acting was a mixed bag. Dennis Quaid was okay as the lead, but just started to ham it up towards the end. Ziyi Zhang seemed out of place in her character role. Lou Taylor Pucci was decent. Stronger performances would have made this film more watchable.

+/- The directing was just there. Yes there was style, but it added nothing to the film. Looks like someone was overcompensating for a crummy script.

- The ending. I can't even wrap my head around it. Just so fuckin' lame. 90 minutes of my life I will never get back. 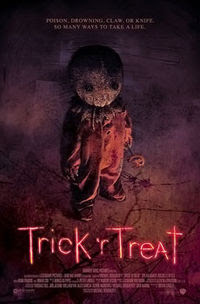 PLOT (From IMDB): Four interwoven stories that occur on Halloween: An everyday high school principal has a secret life as a serial killer; a college virgin might have just met the one guy for her; a group of teenagers pull a mean prank; a woman who loathes the night has to contend with her holiday-obsessed husband.

+ The direction and cinematography was beautiful. The mise-en-scene, the framing, the small details, and the little hints that connected the stories together were very well done. Just a stunning film.

+ Great stories. I never really knew how they would end up. It's hard to be unpredictable in this day and age, but it definitely helped this film. And when I was trying to figure out why these stories were so important and how they were connected with each other, it all wrapped up very nicely at the end. It definitely captured the essence of Halloween.

+ The acting was good. Nobody really stands out, well maybe Brian Cox and Dylan Baker, but it's a great ensemble cast.

+ CGI was very good. Won't spoil those moments but I enjoyed the special effects here.

- Should have been given a theatrical release instead of just dropping on DVD and Blu-Ray.