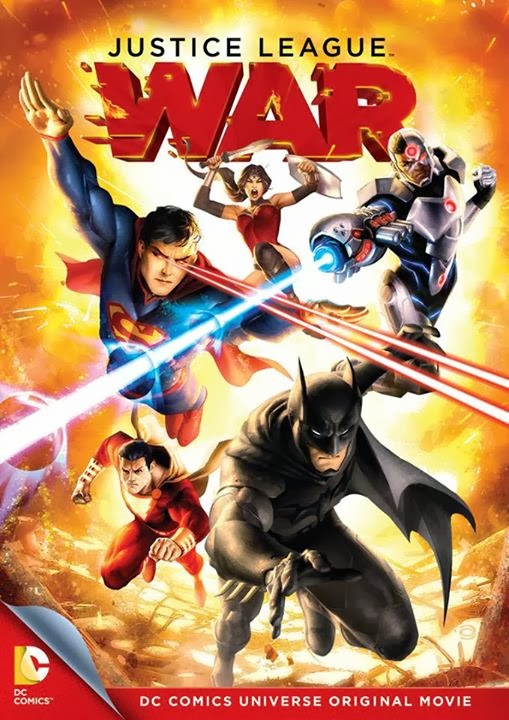 
When it comes to modern Hollywood, the superhero genre is the hottest genre in film right now. Although the superhero film got started with DC Comics' world's finest, Superman and Batman, Marvel took it to a whole new level with Fox's smash hit X-Men in 2000 and Sony's even bigger hit Spider-Man in 2002. From that point on, Marvel started pumping out as many superhero films as they could get out on the big screen. The Incredible Hulk, Daredevil, Ghost Rider, The Fantastic Four, and The Punisher all got films to average success. Marvel decided to form its own studio in the late 2000s and strove to craft a cinematic universe beginning with their first test known as Iron Man. In 2008, Iron Man made big bank and started making Marvel a household name that went beyond the hardcore comic book readers. They rebooted the Hulk the same year, gave Iron Man a sequel in 2010, gave Thor and Captain America movies in summer 2011, and gave us one of the ultimate superhero films in 2012 with The Avengers, which teamed up the previous characters for a box office Hulk kinda smash!

While Marvel has continued to prosper, someone like myself who while I enjoy both companies has to wonder, when is Warner Bros. and DC Entertainment going to give us a cinematic universe? It seems that the only characters that truly make a cash cow pour milk are Batman and Superman. And why not? They are the Granddaddy and the Daddy of the superhero medium. Sure, Superman has had more misses than Batman at the box office, but the two are still known world wide. When even the homeless dude walking down the street knows who Batman and Superman are then those characters are everywhere.  But for some reason, WB/DC has had such a difficult time putting a super friends team together on the big screen. In 2007, a Justice League film almost happened but got dumped before shooting could begin. Then, another JLA movie was in talks, but then got debunked. Then, WB/DC tried to begin a DC universe beginning with the intergalactic super cop Green Lantern, but that failed due to an uneven screenplay and lame villains. So, WB/DC decided to begin with last summer's successful yet divisive Superman reboot, Man of Steel, as a launching point for a broader DC cinematic universe.

But, where Marvel is and has been kicking ass at the cinema, DC is shining with their animated movies. Since 2007's Superman/Doomsday, Warner Bros. Animation has been giving us three direct to video DC Universe animated movies a year. Early last year, long time animation producer for DC, Bruce Timm, left after producing the two part animated feature for the classic Batman: The Dark Knight Returns and gave the reins to his friend James Tucker to produce further DC animated superhero movies. James Tucker decided to do things differently in the years to come. Instead of just doing stand alone animated films for Batman, Superman, and Justice League like WB Animation had done since 2007 with the few exceptions of two animated Green Lantern films and a Wonder Woman animated movie, James Tucker decided to make two of the animated films exist in a larger universe together and only do one stand off film a year. It seems that WB/DC Entertainment wants to not only start up a live action DC cinematic universe with Batman vs Superman in summer 2016, but now they want to craft a DC animated movie universe as well. It seems they are also creating a television universe with Arrow and an upcoming Flash spinoff series. So where Marvel has it hot in mainly just the movies and comics right now, WB/DC will have it hot in cinematic movies, animated movies, video games, and television if all goes good! Holy mediums Batman!

Anyhow, WB/DC decided to begin their DC animated movie universe with Justice League: War, which was the Justice League reboot in 2011's The New 52 and told the origin of the Justice League while Superman villain Darkseid is invading the Earth with his demon army. This is honestly a great way to begin a shared universe in animation and then spin out solo films and then doing another JL film afterwards. Looks like Batman will be next with Son of Batman being the next DC film and then we will be getting a stand alone Batman movie that will revolve around the Arkham video games and graphic novels. So, here's the start of the DC Animated Movie Universe!

Something strange is happening across the globe. Shadowy figures are abducting people off the streets. The world is in fear of various super powered beings and vigilantes running around. In Gotham, the mysterious Batman is taking down the criminal underworld. In Central City, a red blur is running at the speed of lightning. In Coast City, a green glowing space cop keeps the galaxy safe. The Amazonian warrior known as Wonder Woman has made her way to the United States. A young boy named Billy Batson harvests a magical secret. And Metropolis has an alien flying around and shooting red beams from his eyes. Soon it is revealed that those abductions were done by parademons from the planet Apocolips led by Lord Darkseid, who wants to destroy Earth and rule it. Darkseid's alien invasion causes these heroes to form a team in order to stop the invasion and send Darkseid and his parademons back to the Hellish Apocolips!

Justice League: War is definitely in my top favorite DC animated movies category. The Batman animated features will always be my personal favorites, but I love all of the Justice League films. War, The Flashpoint Paradox, and Doom are definitely the Justice League films I love the most. The New Frontier (1950s set Justice League origin movie) and Crisis On Two Earths are both good too.  Now, I know anyone could say that the Justice League is just a ripoff of The Avengers. But, in truth, the JLA has been around long before Avengers was even imagined. Well, comic book wise anyway. I think it's great that both DC and Marvel have their team of heroes and villains. DC has Justice League, Justice Society (the old timey JL), Birds of Prey (the super heroine trio), Suicide Squad, League of Assasins, Legion of Doom, and then the Dark Universe. Marvel has Avengers, X-Men, Fantastic Four, X-Force, Defenders, and Sinister Six.

This movie is able to do a lot in 80 minutes. Introduce the heroes and villain. We get a great origin for Cyborg/Victor Stone. His characterization was great. Love the interactions between Batman and Green Lantern.  Wonder Woman is a badass. Shazam/Billy Batson was cool and his interactions with Cyborg worked. I do kinda wish that Flash had a bigger story in this. Darkseid looked and sounded menacing. I thought that the parademons looked much better here than in Superman The Animated Series. I do take some issue with Superman's suit, but it's a small nitpick. It seems the DC animated universe films will begin to take a que from Marvel by having a little tease during the end credits for things to come. And the tease during the credits made me super happy and I hope they give that character an animated movie, which I hear is possibly in the cards. Heath Corson did good with the script. It was fun, humorous, action packed, dark at times, and very exciting. Everything a superhero movie and a Justice League movie should be. I really hope the eventual live action Justice League movie is as great as or better than this film.

Jay Oliva who has directed several past DC animated movies which include Batman: The Dark Knight Returns, Justice League: The Flashpoint Paradox, and a segment of Green Lantern: Emerald Knights as well as being the storyboard artist for Man of Steel did a great job directing this movie. It seems Oliva is WB Animation/DC Entertainment's go to guy when it comes to directing these movies now. He's great and has an epic style. Look forward to seeing which DC animated film he will direct next.

The voice cast is great as usual. Andrea Romano always finds the perfect actors to voice these characters. Jason O'Mara was great as Batman! Justin Kirk was humorous as Green Lantern/Hal Jordan. Shemar Moore, who played in the very short lived Birds of Prey TV series, was great in his first voice acting role as Cyborg/Victor Stone. Michelle Monaghan was good as Wonder Woman. Sean Astin and Zach Callison were great as Shazam/Billy Batson. Alan Tudyk was decent as Superman. Christopher Gorham was good in his smaller role as Flash/Barry Allen. And Steve Blum was menacing as Darkseid.

Overall, Justice League: War was a great first chapter in the DC animated movie universe. I was a huge fan of the animated television universe that ran from 1992-2006 so it is nice to know that we will get another animated DC universe, but in films every year. It's a great time to be a superhero fanatic I tell you. Go rent or buy Justice League: War. It's a fun and exciting experience. Until the follow up with Son of Batman, Wonder Twin powers activate!