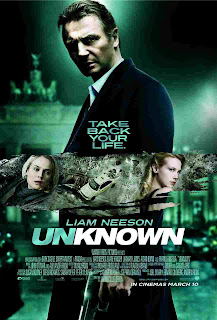 
PLOT
Dr. Martin Harris (Liam Neeson) and his beautiful wife Liz (January Jones) arrive in Germany for a conference on biotechnology. Believing he forgot an important piece of luggage at the airport, he hails a cab driven by Gina (Diane Kruger). However, there's an accident and Martin goes into a coma for a few days. Still disoriented by the event, all he wants to do is find his wife and get back to the conference.Returning to the hotel where the conference is being held, Martin finds Liz. Surprisingly, Liz doesn't seem to recognize Martin. In fact, she claims to be married

to another man (Aidan Quinn), who claims to be the real Dr. Martin Harris. Since Martin doesn't have any identification or any proof to confidently claim who he is, he begins to wonder if someone is playing a dangerous game with him or his life has been nothing but smoke and mirrors to begin with. Finding Gina, they both begin to collect the pieces to figure out what's going on. What they begin to learn turns into nothing but lies and government secrets that'll lead to murder.

HITS
- Neeson, Kruger, and Ganz. The acting [and pretty much everything else] is a bit uneven in UNKNOWN, but three actors stand above it all. Liam Neeson has really become the go-to guy for modern action films, due to the massive success of 2009's TAKEN [although Neeson proved he can do action back in 1989 with Sam Raimi's DARKMAN]. Neeson provides a reliable performance, managing to be convincing even with the most implausible material. He's strong as Martin, providing the perfect emotional cues needed, as he does a great confusion and angry. Not his best performance, but a highlight. Diane Kruger is very good as Gina, the cab driver who gets sucked into Martin's journey. Her character isn't all that much on script, but Kruger manages to make Gina interesting and worth investing in. Bruno Ganz had probably the most interesting character in Ernst Jurgen. Ganz does a great job making the character complex and somewhat mysterious, making the audience want to watch his character's arc. I think Ganz should have been in the film more, but he shines in every scene that he is in. I wish the entire cast was just as good, but they hardly had anything to do [Aidan Quinn and Frank Langella especially] or weren't good to begin with [I'll get to January Jones in a bit].

- The direction. Jaume Collet-Serra [who directed the 2005 HOUSE OF WAX remake and 2009's ORPHAN] does a good job helming the project visually. Even 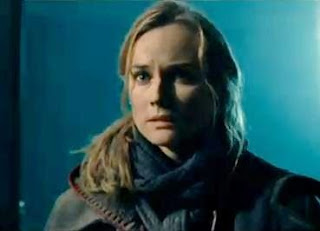 though some of the quick cuts were a bit annoying, especially during chase sequences [too many close ups and not enough establishing action shots], I thought the film looked great and the pace was really good for a mystery-thriller. There's shaky cam, but it's not overbearing and actually enhances certain scenes [especially the fights]. I do believe the direction is stronger during the first half of the film than the "falling apart" second half that starts to lose its way a bit as the implausibility factor increases. But Serra held my attention, so he did a decent job with UNKNOWN.

- The mystery. Before watching UNKNOWN, I honestly had no idea what it was really about except for what I had seen in the trailers. I pretty much ignored it last year when it was released and never bothered reading reviews for it, so I was never spoiled about what was really going on in the narrative. I knew it had comparisons to THE BOURNE IDENTITY, so I figured the film had something to do with some sort of espionage [whether it does or doesn't, I'm not spoiling it]. That being said, while the mystery was sort of a let down, I was invested in Martin's journey in finding the truth. The film's purpose is to figure out whether Martin is really telling the truth, or things aren't really what they seem to be - and that part worked for me. The reveal isn't the most original and doesn't really make sense to be honest, but getting there was kind of fun. It's just a shame the film continued for 25 more minutes.


MISSES
- The uneven story. UNKNOWN starts out pretty strong and captivating due to its mystery narrative. But once everything is revealed, the film just becomes silly and predictably cliche. I really wish I could explain in detail about why the entire aftermath of the reveal is flawed, but I don't want to spoil it for those who haven't seen the film yet and are still interested in doing so. I will just say that while the first act and some of the second act grabs you because you want to know what's happening, the rest of the film plays out like any other stereotypical Hollywood action-thriller. The reason why the characters are at the conference to begin with is just stupid. Maybe if the whole biotechnological deal was explained in depth [which this film really has none of - another MISS in itself], it would have been more effective. It seemed like a big deal but it never felt like one, which is the problem.

Also, we have characters who are a big part of the mystery, yet are barely in the film to begin with. Aidan Quinn's Martin character should be 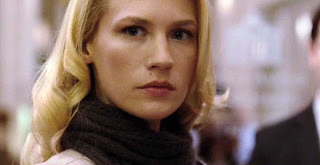 more of a threat to Liam Neeson's Martin, but he's just there. Sure, they do confront each other violently at the end, but there's no punch to their meeting because they're barely in each other's atmosphere. January Jones' Liz is a non-factor, and she's the main character's WIFE! He wants to find out the truth for HER. So why isn't SHE a bigger deal in the story? And Frank Langella as Professor Rodney Cole is major for the story, yet only appears for like ten minutes. What's the point?

I also thought the way the antagonists were eliminated was very lame. Most die at Martin's hands. But the most important one dies via an explosion before Martin could even confront this person. I was like, "Really? That's it?" It's as if screenwriter Oliver Butcher had no idea how to end the film, so he decided to just rush through it while trying to make it "thrilling" and "exciting". Didn't really work. Not sure how the source material, Didier Van Cauwelaert's Out of My Head, is presented. But I'm hoping it was better than this. The screenplay had a lot of potential to be good, but just ends up being mediocre at best.

- January Jones. She's hot. I just wanted to get that out of the way. Unfortunately, her acting doesn't quite match up to her looks. I couldn't buy her at all in this movie. She's supposedly playing Liam Neeson's wife, yet she had anti-chemistry with him [that's lower than no chemistry, everyone]. Hell, she doesn't have chemistry with anyone in this film. It's hard to have any chemistry when you act lifeless. Jones' 'ice cold' trademark may work on Mad Men and it worked really well in X-MEN: FIRST CLASS, where she played Emma Frost - a character that matches her acting. But it doesn't work here because you're supposed to feel for Martin when his wife doesn't remember him. But when she acts like a dead fish, can one really feel sorry, or possibly relieved that she's forgetful? Her character isn't interesting at all, but if Jones really cared, she could have made Liz someone to care about and invest in. Thank God Diane Kruger was there to pick up the slack, because January Jones was very disappointing.


THE FINAL HOWL
UNKNOWN is truly a mixed bag of a

film. Half of the cast is great, the direction works, and even getting to the mystery is kind of fun. But as the film runs, the more implausible and silly it gets, especially the final act. I'm guessing the movie is trying to mimic the mystery-thrillers of Alfred Hitchcock, but UNKNOWN only gets halfway there. A mediocre time waster for those who are fans of the genre and Liam Neeson. Otherwise, you're not missing much.