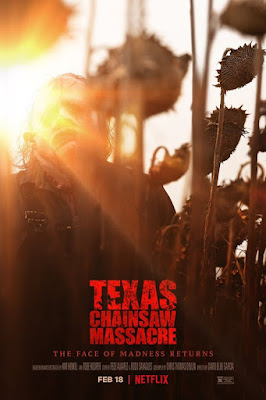 After nearly 50 years of hiding, Leatherface (Mark Burnham) returns to terrorize a group of idealistic young friends who accidentally disrupt his carefully shielded world in a remote Texas town. 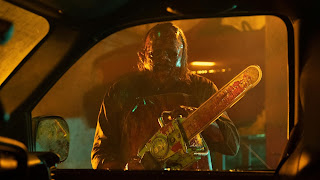 The TEXAS CHAINSAW MASSACRE series has long been a troubled one for close to 50 years now. The original 1974 movie is a time capsule of terror that still manages to be extremely effective all these years later, making one know that anything that follows it would just come up short whether it’s of good quality or not. While some of the sequels and even the remake have memorable moments that horror fans still talk about today, none of them have quite matched the impact of Tobe Hooper’s immortal horror classic - no matter if Matthew McConaughey’s mechanical leg or Alexandria Dadarrio’s “Do your thing, cuz," cracks us up for unintentional purposes.

But here we are in 2022, and Netflix has attempted to bring us another reboot of this horror franchise for millions of their subscribers. Hey, it worked for HALLOWEEN and SCREAM right? Putting Leatherface against a newer generation of horror characters, while having the film’s original Final Girl want revenge for the tragic fates of her friends seems like a winning horror formula these days. The problem is both HALLOWEEN and SCREAM knew how to handle their Legacy Characters for the most part, while maintaining strong quality for their respective movies. TEXAS CHAINSAW MASSACRE’s lack of a strong story and likable characters ruins any good will this movie is trying to pull off, despite having strengths in all other aspects of the film.

Let’s get the good stuff out of the way. For the first time in a while, I think the franchise finally lives up to its title. The movie takes place in Texas. There’s definitely a chainsaw being used in the film. And when it comes to a massacre, TEXAS CHAINSAW MASSACRE ‘22 goes all out. For those who love blood and gore in their horror movies, this film will definitely satisfy that lust. It’s rare for a slasher film to make my jaw drop with death sequences, since I’ve seen so many of them get repeated over the years. But there are a lot of great kills in this movie, making these sequences the only real reason to watch this flick. Decapitations, limb amputations, face cutting, knife and gun play and of course a person getting chainsawed through their body happen in this movie. I also thought the ending was very clever and a nice twist to the ending of the first film. The film doesn’t shy away from the violence at all, which makes up for the lack of other things that ruin this sequel. 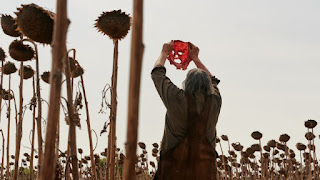 I also thought the film looked really nice, with interesting shots that were memorable and inspired. David Blue Garcia, mainly known as a cinematographer, took over for original directors Ryan and Andy Tohill in visualizing this new installment of TEXAS CHAINSAW MASSACRE after creative differences occurred. And due to his strength in photography, this horror film looks pretty polished and great. I know viewers made fun of Leatherface popping up in that sunflower field, but I think it’s a beautiful shot within such an ugly horror movie. And while the film is never scary, I thought some moments within the film’s final act had decent tension and good action. That bus sequence, in particular, will probably be a horror highlight for 2022 for better or worse.

And while I had an issue with the characters, I didn’t hate the acting. I don’t think anyone really stood out and wow’d me, but they all played their roles well. The script was so meh, so I’m surprised the cast made the most of what they were given, which wasn’t much.

And that’s what really ruins TEXAS CHAINSAW MASSACRE ‘22 for me - the bad screenplay and lack of a story I could somewhat connect with. I honestly didn’t care about any of the characters here and that includes both Sally Hardesty and Leatherface. Besides maybe Lila and Ritcher, the rest of the characters were so unlikable and annoying that I was hoping Leatherface did his thing sooner than later. I saw some defending the unlikable characters due to the fact that they were rich influencers who only cared about buying property rather than acting human. That’s a problem in itself because you’re telling me all of these influencers were that selfish and stupid enough to take footage of a chainsaw killer stepping onto a bus rather than calling for help or running away? I guess it could be possible in this day and age, but that shouldn’t excuse bad writing. Influencers, whether unlikable or not, should have some depth to them. The last thing I would expect any of them to do is tell a dangerous person that they’re being filmed for the purpose of getting canceled in society. That’s not good writing. That’s lazy writing. I get that they’re around for a body count, but give them some personality at least. 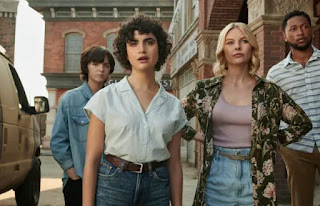 TEXAS CHAINSAW MASSACRE also shows us how not to bring back a Legacy Character. I get that it’s the new trend for these reboot/sequels, where you take a popular character or two from a brand franchise and bring them back to somewhat pass the torch to newer characters while continuing their respective story. It worked for Laurie Strode in HALLOWEEN (2018). It worked for Sydney Prescott and company in 2022’s SCREAM. And it’ll probably work for the upcoming EXORCIST trilogy with Chris McNeil’s return. It should have worked with Sally Hardesty’s return, considering it’s believable she would want revenge on Leatherface over what happened to her and her friends almost fifty years ago. She should have been more of a focal character, involving herself more with the newer characters to build upon the legend of Leatherface through their past history. Instead, Sally is barely in the movie, barely interacts with any of the main characters and gets treated like an idiot before the movie’s end. After all was said and done, I kept wondering why the character was even in the film to begin with. I can’t believe this film totally wasted a popular character like Sally.

And as with the case with modern horror films, there is a bit of what people would consider a “wokeness” factor that will either invite or turn away audiences. Some films do it right, letting the story accentuate the message the movie is trying to tell. Others are so driven by the commentary that they forget they’re trying to entertain audiences with a horror movie. TEXAS CHAINSAW MASSACRE is kind of in the middle. The infamous bus scene where influencers threaten to cancel Leatherface if he attempts to hurt them is just so ridiculous and stupid that I’m not sure if the comedy is unintentional or not. The other main angle involves the character of Lila, as she’s a victim of a school shooting and it’s brought up a few times whenever she sees a gun or is in the middle of Leatherface’s carnage. I saw some complaints about this aspect of her character, but I didn’t mind. For one, the film does a decent job displaying her PTSD over certain situations, making this part of her character feel authentic to her. And honestly, I’m just glad someone got a character arc in this film. Her handling a gun at the end of the film is a bit odd, considering the message, but at least she had some depth. I can’t really say that about many of the other characters. 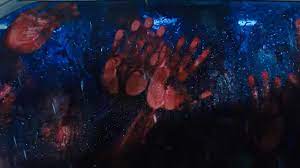 It’s interesting to see where audiences lie with 2022’s TEXAS CHAINSAW MASSACRE. Many love it. Others hate it. I personally landed right in the middle with this movie. It has some really great gore and death sequences, with some actually making my jaw drop in how well executed they were. The cinematography is really beautiful in this film and I thought there were moments of genuine tension. The actors were also okay, as I don’t think anyone had a terrible performance. Unfortunately, these things become hurt by a terrible screenplay that doesn’t do a whole lot to keep audiences invested. Besides maybe one or two characters, nobody in this film has any depth or any reason for us to care about them. The use of a returning Legacy Character is a total waste and probably should have been left on the cutting room floor since it wouldn’t have changed much of anything. And I thought certain occasions of what some would call “wokeness” worked, while others were so terribly used that I’m still wondering whether these moments were supposed to be funny on purpose. While a disappointment, it’s still not the worst film in the series. And you know me - I’ll keep watching future installments as long as producers continue to chainsaw them out.