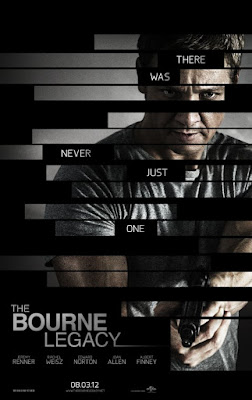 Plot (from IMDB): The events in this movie take place around the same time as the events in THE BOURNE ULTIMATUM. When a British reporter (Paddy Considine) was writing an expose about Black Ops operations Treadstone and Black Briar, and the ones responsible for them are concerned. And when Jason Bourne (Matt Damon), former Treadstone operative got the file on Treadstone and Black Briar and gave it to Pamela Landy (Joan Allen) who then passed it to the media. When the men behind Treadstone and Black Briar learn of this, they're concerned how this will affect other ops they have. They decide it's best to shut down all ops and make sure make everyone involved disappears. They try to take out Aaron Cross (Jeremy Renner) who is part of another op called Outcome, but he manages to survive. He then seeks out Dr. Marta Shearing (Rachel Weisz) who worked on him when he began. It seems part of the program is for all subjects to take medications but he has run out, which is why he seeks her. But someone tries to kill her. He saves her and she tells him, he should have stopped taking the medications long ago. They go to Manila so that she can help him. Later the men behind Outcome learn that Cross and Shearing are still alive. They try to get them. 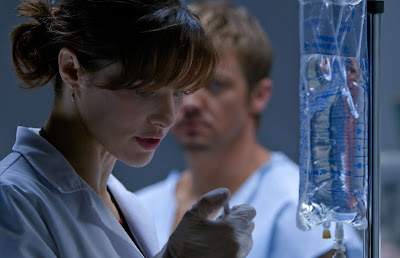 Review: As you can tell from reading the reviews of THE BOURNE IDENTITY, THE BOURNE SUPREMACY, and THE BOURNE ULTIMATUM, I’m huge fan of the Matt Damon “Jason Bourne” films. I thought they were great spy thrillers with a fascinating lead character, interesting supporting characters, and shaky cam direction that enhanced the action rather than distract from it. ULTIMATUM pretty much ended the story in 2007 [even though we’re now getting JASON BOURNE in 2016 - making me wonder if it’s really necessary or not]. But in 2012, Universal Pictures wanted to continue [or milk] the franchise - thus, THE BOURNE LEGACY.

Four years after its release, I finally sat down and watched the Jeremy Renner led BOURNE LEGACY. And man, I probably could have saved myself almost 2 hours of my time doing something else. It’s not a bad movie, but it’s a film that’s pretty pointless because it doesn’t really add all that much to the original story. Because LEGACY takes place simultaneously with ULTIMATUM, a lot of the first act retells much of ULTIMATUM and how the actions of Jason Bourne affect the government agency who wanted to destroy him after creating him. This would have been great if these scenes were remotely interesting in any way, which unfortunately they’re not. It also hinders a lot of the character development for the main characters, as they aren’t able to create their own story and history because they’re still attached to the old one. Instead of focusing on the mystery, the action, and thrills of the previous film, we’re forced to watch government officials have long talking segments that are nothing more than expository to explain why LEGACY even exists. Nothing that’s said grabs at you or makes you want to find out more about Black Briar or Treadstone, or even the Outcome program that barely gets a focus because the filmmakers are so focused on reminding you of things that happened in the much better BOURNE films. It was nice to see the aftermath of Pamela Lundy’s actions in ULTIMATUM, as the guys behind Black Brair and Treadstone went on trial. But for an action-thriller, LEGACY is extremely wordy and not overly exciting, as if it enjoys hearing itself speak for its own benefit instead of ours.

The main characters aren’t all that interesting either in LEGACY. Aaron Cross is no Jason Bourne, which is a good and bad thing. It’s good because LEGACY isn’t trying to copy the previous hero, giving Cross his own identity from the start. Cross knows who he is. He remembers why he became an operative and has no moral qualms about it. Yet because of this, the intrigue is gone from the franchise. The first three films were about Bourne trying to remember his past and find out what he did that the government wanted him dead. We would get twists and turns in each film, making us question whether Bourne is a victim, or maybe a villain who was given mercy by getting amnesia. All Cross seems to want to do is find some medicine to maintain his abilities, feeling sicker when he’s not getting them. And much of the film is about this worldwide adventure to find drugs. Seriously? Who thought this was a good idea? The lack of a true central conflict with the lead character is what ruins the film for me. 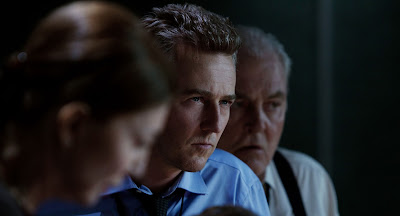 The other characters aren’t any better. Dr. Marta Shearing could have been an interesting character, if she wasn’t there just to be the love interest/damsel-in-distress character that should be tougher than she actually is. But if you enjoyed a frightened character who likes to hide and scream a lot, she’s the one for you! Eric Byer is no better, as he has to be the least charismatic villain is not only this franchise, but in other films of this type. He just stares at screens the entire time. Oooh threatening. The other characters are mainly extended cameos, not really displaying any sort of depth or anything. It’s unfortunate because the script could have been a lot better, considering how ULTIMATUM ended. But the screenplay is just lazy, dull, and uninspired. Total cash grab.

The direction by the series’ writer, Tony Gilroy, is okay at best. Paul Greengrass’ visual touches are sorely missed here, as his kinetic shaky cam style really added to the previous sequels. Gilroy has a more laid-back approach, not really providing tension or suspense in his visual presentation. Even the action scenes aren’t all that exciting, even though these are the more livelier parts of the film. I enjoyed the last chase scene in the Philippines, as well as a great fight scene in Shearing’s house and inside of a lab. But the massive editing tends to take away from these scenes somewhat, and these scenes don’t seem to really mesh with the quiet scenes. More action stuff was necessary here, as 85% of the film is just dialogue. But it was a nice attempt and Gilroy should have either directed or wrote, not both.

The acting is the best part of BOURNE LEGACY. Jeremy Renner is a good actor and tries to make the most out of Aaron Cross. He doesn’t really get anything deep to do, but he has a charm about him that makes you continue to watch. Rachel Weisz is also great, even though her character of Marta Shearing is badly written. She tries to give the character depth and motivation, even if you can tell that doesn’t exist on paper. Edward Norton is wasted as Eric Byer, as all he does is stand and look at screens. Oscar Isaac has a nice small role as one of the Outcome members. Stacy Keach brings some intensity in a small role as well. Nice to see David Strathairn, Joan Allen, and Scott Glenn return as their previous characters. The script didn’t really offer any of these actors anything to really sink their teeth into, but they did what they could with their roles and made the film more watchable than it had any right to be. 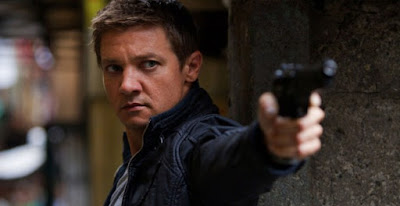 The Final Howl: THE BOURNE LEGACY is a letdown compared to the three films that were released prior to it. The acting is really the film’s saving grace, as the screenplay is a boring, uninspired mess and the direction is okay at best. I really wanted to enjoy this film more than I did, but I just ended up doing other things while the film was playing on my television. And that only happens when I’m bored out of my mind. Not sure if JASON BOURNE will be any better - I hope it is because Matt Damon and Paul Greengrass are returning - but THE BOURNE LEGACY will barely leave an imprint in your mind. This is one film Jason Bourne could leave forgotten.