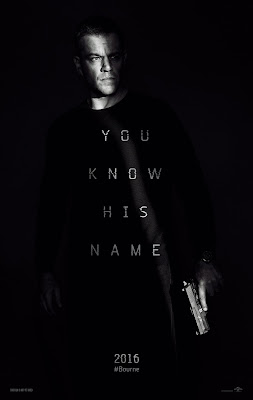 Plot (from IMDB): The most dangerous former operative of the CIA (Matt Damon) is drawn out of hiding to uncover hidden truths about his past. 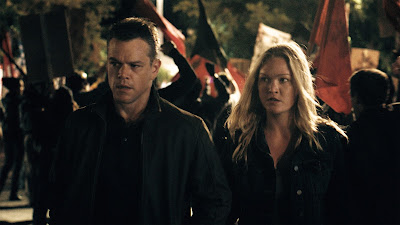 Review: After the boring and uninspired THE BOURNE LEGACY, JASON BOURNE is a welcome addition to the BOURNE franchise that started in 2002. Matt Damon returns to the role he made famous, stepping into his brooding, investigative shoes as if he had never left 9 years ago. Damon’s age is also an asset, as he’s now wiser, more disgruntled with his life, and no longer confused about his spy past - but rather why he really joined Treadstone all those years ago. The reason for Bourne’s return could have been really dumb and seen as nothing but a cash grab [which JASON BOURNE really is, to be honest]. But the mystery that Bourne is trying to figure out this time around is a much more personal and quite clever, considering I had no idea what reason they would give to have Bourne come out of hiding to begin with. The twists and turns are pretty good, and you’re kept invested in this sequel.

Paul Greengrass returning is also a good thing, as his visual style connects this perfectly to SUPREMACY and ULTIMATUM. We get that shaky-cam style we’re used to by this point, with Greengrass really highlighting some cool action sequences in Greece, and especially the entire final act in Las Vegas. Even the quieter moments feel important again, even though the script could have been better at times.

While JASON BOURNE is definitely a good action movie and better than LEGACY, it’s not quite as good as the first three films. JASON BOURNE is pretty much the same film we’ve seen in the other Matt Damon films. A contact of Bourne gets killed in the beginning. There’s a CIA boss who always seems evil and wants Bourne eliminated to keep secrets hidden. One of the CIA people want Bourne alive to help him get the answers he needs. There’s a hired assassin after Bourne. Every huge action sequence is in a crowded place, usually involving cars and jumping off roofs. Plus we get flashbacks giving us reason to why this film exists. All these elements work for the most part, but it does feel tired by this point. Considering ULTIMATUM was released 9 years ago, you’d think things would get changed up a bit. 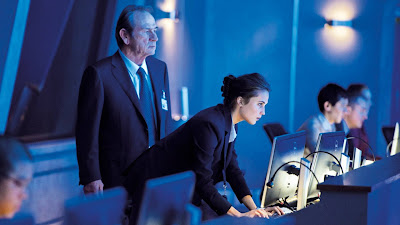 And while the film has great actors in it, their roles are very underwritten. Tommy Lee Jones plays a great villain, but I wasn’t really sure what he real deal was. He was more involved in a sub-plot involving some internet security scandal, which was refreshing but should have been more fleshed out and felt more important. Alicia Vikander has an even lesser role to portray, just mainly staring at screens and computers until the final act, where she really begins to flesh out her character. By that point though, it feels a bit late. Julia Stiles returns and fares a bit better as Nikki, showing us what she has been up to and why she’s still protecting Bourne. And Vincent Cassel has a stereotypical vengeance sub-plot to work with, but does it amazingly well and comes off an as actual threat to Jason Bourne. In fact, out of all the assets in this franchise, Cassel was by far the best and most interesting one. I wish there was more interaction between him and Damon though.

Plus, I felt the ending was a bit flat for some reason. I wish the ambiguity had remained to set up some intrigue for a future sequel, but everything was given away - making you wonder why Jason Bourne would ever return to deal with these CIA people. 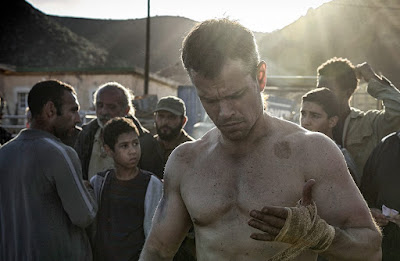 The Final Howl: JASON BOURNE was a good, but not great installment in the BOURNE franchise. Matt Damon is great as usual as the title character, with the other actors doing their best with underwritten characters. Paul Greengrass brings his shaky-cam visual style back, which really give the same kenetic energy to the action sequences - especially the sequences involving Greece and Las Vegas. I just wish that after nine years, the usual beats we’d expect from this franchise were turned upside-down or something. Instead, we get the same evil CIA agents, an assassin wanting to kill Bourne, and flashbacks that just happen to pop up to present us with a mystery to give reason for this film’s existence. It’s an entertaining summer movie for sure, but JASON BOURNE feels “been there, done that” after all these years.