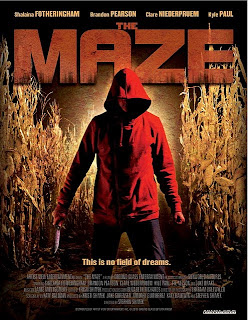 
I remember that internet meme a couple of years back where you had to guide your mouse through a four-level maze. In each level, the paths would get narrower and narrower to the point where you would have to restart the whole thing when you touched a wall. But if you actually made it to that last level, you would get to the mid-point of the maze until *BAM* - a Pazuzu possessed Regan MacNeil from THE EXORCIST would pop up and scare the daylights out of you. Yes, I screamed like a bitch when she popped up. I'm man enough to admit it.

So why am I writing about that maze again? Because the reaction I got from it was a lot more stimulating than watching 2010's low-budget independent horror/thriller THE MAZE, which takes place in a corn field in the middle of nowhere. While not a terrible film, it won't leave you aMAZEd either. Here's the perfect example of a film that has a great idea, but can't live up to its potential due to several factors that's mostly out of its control.

PLOT
Five friends, who seem to bicker alot, decide to drive in search for a huge maze that's surrounded by rows and columns of corn stalks. Along the way, one of them brings up a story about a guy in a red hoodie stabbing and killing people, who venture through this maze, with scissors. Being the geniuses they are, they decide to head there anyway and check it out. Unfortunately by the time they arrive there, it's night and the maze is closed for the public. Being the geniuses they are, they decide to trespass and play a game of "tag" as they travel through the large maze. What they don't know is that someone wearing a red hoodie is also inside the maze, eager to attack these friends one-by-one. 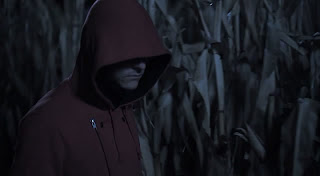 things going for it, instead of against it. The main culprit is the lack of money to really fund a great premise like a killer in a corn field maze, as the film doesn't show us enough of what we need to see in order to make a movie like this work. The other culprit is a weak script that pretty much derails any potential or momentum THE MAZE needs to make it stand out.

Like I mentioned, the narrative is very weak because it doesn't seem to know what type of film it wants to tell. The first half of the movie is definitely a slasher, with a stalk-and-kill villain chasing after five one-dimensional characters through a corn field. The problem with the whole slasher deal is that it doesn't do what slashers are known for - nudity and graphic violence. No one gets even close to being naked in this film at all. Plus, the violence is pretty tame. There's barely any bloodshed. The kills seem to happen off-screen. And with characters that have no development at all, we need those two distractions to keep audiences invested in finishing the film. And I gotta say that the Final Girl has got to be one of the worst choices for a Final Girl in a slasher film. Not only do we know nothing about her, but she's a total bitch for most of the film. So why should I care about her survival again?

The second half of the film switches modes, becoming a thriller as the killer reveals himself and torments the Final Girl in a twist that I didn't see coming honestly. Unfortunately, I don't understand the twist's purpose because the backstory of the killer is never revealed. We have no idea why he does what he does. We have no idea why he only kills people who enter mazes of corn. We have no idea why he decides to play mind games with the lone survivor instead of killing her and getting it over with. I will say that once the killer is in his civilian clothes and actually speaks, his personality shines right through. In fact, I wanted to see more of the character. But with no clear motivations for his actions, there was definitely a piece of the puzzle missing. 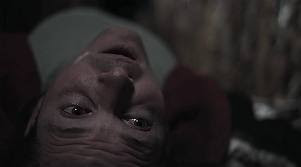 way too long, boring me to tears. The characters were very annoying, unlikable, and not even worth the time caring about. The killer should have killed them faster in my opinion. The thriller portion, while not exactly thrilling, was better paced. It went by quick and I liked the characters and acting better as well. Personally, THE MAZE should have been a shorter film, with maybe 15 dedicated to the slasher portion, and 30 minutes to the thriller portion. The film would have been more effective and the small budget would have gone to more things in the production, like maybe better actors and the graphic violence.

Nagging issues: Why would five adults drive for so many hours just to see a maze built with rows of corn husks? And why would they trespass at night, especially knowing that a killer did horrible things there? And when they did see the killer, why didn't they just run through the corn instead of actually trying to find a way out through the maze? I know horror characters are supposed to have smaller I.Q.'s than real life people, but this was pretty ridiculous.

The gore is pretty non-existent, due to the low budget. But we do get slashed throats, stabbings, gunfire, burnings, and even guillotine action. It was a very tame slasher. But I can understand why it wasn't better. With more money, the gore effects could have easily compensated for the unforgivable weak screenwriting and story structure.

The direction by Steve Shimek is more hit than miss. To get the negatives out of the way, Shimek doesn't provide enough tension or scares to satisfy horror and/or thriller audiences. We get the usual jump scares and false starts that most modern horror films rely on when there's no atmosphere to set the creepy mood. Shimek also relies on his score to provide tension and scares, but all they did was take me out of the scene. The music wasn't bad, but it just seemed to be playing during the wrong times at some spots. I also thought the pacing was off, like I mentioned earlier. The disjointing two halves didn't help either. I will say that Shimek does have some decent visual style behind the camera. There were moments in the film where slow motion his use of flashbacks worked well. I also loved the cinematography and composition of the film. It looked very professional for a small budget, with the settings and framing looking quite impressive and stunning at times. I thought the visuals were actually the best part of the film, I have to say. I would like to see what Shimek can do with better screenwriters and a bigger budget. 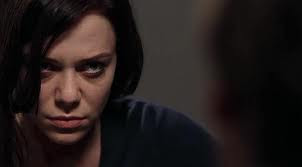 The acting in the film wasn't all that impressive, but it wasn't totally horrible. I will say the best actor was the killer himself. I won't say the character's name because I don't want to spoil who it is, but I dug his work in the last half of the film. Shalaina Castle was also cool as Jordan, although she annoyed me in the first half of the film.

- "No one gets buried alive anymore." Tell that to Bill Pullman or Ryan Reynolds. I think they'd disagree with you...

- One of the characters had trouble lighting her cigarettes anytime she needs a smoke. No wonder she's single - she has no idea how to turn on things that are in her mouth.

- One of the characters got strangled to death. That's what happens when you get roped into doing a stupid maze.

- Don't bring a shotgun to a dangerous corn field. Corn will be the last thing getting popped.

- Don't get yourself trapped in a maze that has an Alice In Wonderland motif and a killer dressed in red. Once he gets his hands on you, it'll be off with your head! 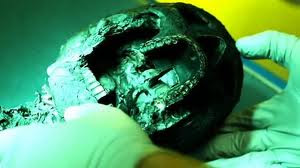 THE MAZE is a disappointing, mediocre low-budget horror film that could have been better if there was more money involved and if the screenplay was written better [I can forgive the budget, I can't forgive lazy writing for low or big budget films]. Still, we don't get a lot of horror films involving creepy corn fields. THE MAZE is a decent rental if you're into indie horror. Otherwise, I wouldn't bother. You wouldn't be missing a thing if you don't journey through this MAZE.