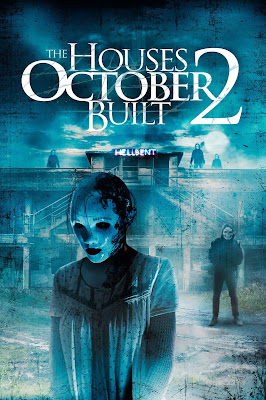 PLOT (from IMDB):
Recovering from the trauma of being kidnapped last Halloween by the Blue Skeleton - a group who take “extreme haunt” to another level - five friends (Brandy Schaefer, Zack Andrews, Bobby Roe, Mikey Roe, Jeff Larson) decide they must face their fears in order to move on. Heading back out on the road to visit more haunted house attractions, signs of the Blue Skeleton start appearing again and a new terror begins. 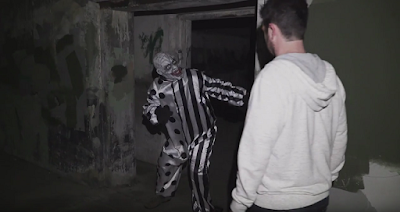 REVIEW
If you remember my review for 2014’s THE HOUSES OCTOBER BUILT, I found the found footage horror film quite bland until the last twenty minutes - even though I thought the “documenting scary haunts” idea was actually pretty interesting. I just felt there wasn’t enough that was done with that aspect, with those scenes forgetting that THE HOUSES OCTOBER BUILT was a horror film rather than a documentary. I never bothered with watching the first film again due to my dislike of it. But here am I, taking the time out to watch its surprising 2017 sequel and quickly reviewing it.

Let me just say that my feelings for the first film pretty much match my feelings for the sequel. I went in hoping for something new and different, but ended up getting the same exact film as the first one for the most part. We get the haunts aspect again for the first hour, and then the sequel remembers its a horror film for the rest. The characters are still pretty stupid and unlikeable. The situation is still not scary or tense in any way. Even though I wanted to care about these people and the situation they’ve put themselves into, I have trouble rooting for fame whores who didn’t learn their lesson the first time. 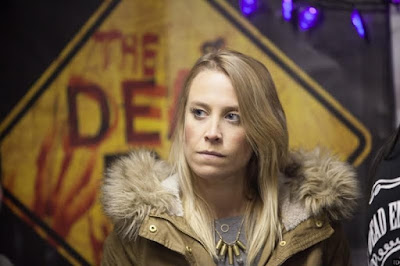 While I didn’t root for anyone, I thought the worst character was Brandy. The ending of the first film has been retconned for this sequel to even exist, as all the characters survived their encounter with the Blue Skeleton - even though some of them apparently were killed by the group. While the male characters are using their encounter for fame and fortune [of course], Brandy has been traumatized by the event and refusing to document the haunts with her friends. Well, she does for about 30 minutes before joining the guys again after being promised they won’t take her to similar haunts like the last time. And when strange things begin to happen, she complains to her friends [who don’t believe her] and threatens to leave [which she never does]. Then the Blue Skeleton tortures everyone all over again, and I don’t feel sorry for her or anyone else. You’d think these people would be smarter the second time around. Silly me.

I won't say THE HOUSES OCTOBER BUILT 2 is a total failure. The film looks pretty great presentation wise. The found footage stuff is heightened by the use of a drone that shoots some beautiful overhead shots. The acting feels as natural as ever, which works for a film like this. I liked that the haunts were different and added variety to the film, unlike the same-y feel of the last film. And the twists in the film were actually interesting and could lead to a hopefully different type of film in the third installment. Honestly, I wish this sequel had explored the twists in the story more. I probably would have been more excited about it. But instead, THE HOUSES OCTOBER BUILT 2 was more of the same. 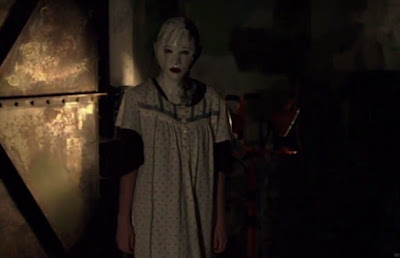 THE FINAL HOWL
I still like the concept of this budding franchise, but THE HOUSES OF OCTOBER BUILT 2 is a pointless sequel that doesn’t add anything new until it’s way too late. It’s not a fun or scary watch, with characters I can’t get behind and a situation that still feels undeveloped - especially for a sequel. I did appreciate the direction, the acting, and some of the twists presented. But I didn’t get much out of this one. Meh.