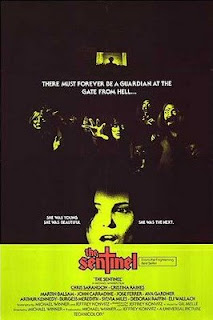 
PLOT - A beautiful model named Alison Parker (Cristina Raines) signs a lease for a new apartment in Brooklyn, New York. She's been in-and-out of psychiatric hospitals due to suicidal tendencies and has made a good life for herself due to her career and her engagement to an up and coming lawyer named Michael (Chris Sarandon). While Michael wants to marry her and live with Alison, she still wants her independence for a while.

The apartment, at first, seems like a perfect place to live in. It's furnished, quiet for the most part, and her closest neighbor Charles Chazen (Burgess Meredith) seems like a kind fellow. However, Alison soon sees things differently upon meeting the rest of her neighbors. There's a strange lesbian couple who have no problem showing their lust for each other - as a matter of fact one of them enjoys masturbating in front of Alison. There's an older woman who says the weirdest things. Even Charles has an obsession with his cat, inviting Alison to a birthday party for the animal.

While the neighbors are a bit laughable, the noises Alison constantly hears upstairs are not. Supposedly this apartment has been abandoned, but it sounds like someone is there banging the floor and striking metal objects. After an inspection of the apartment, Alison sees it co 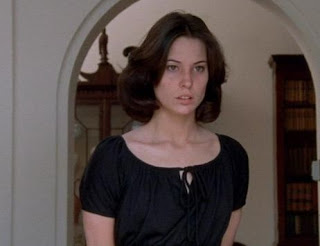 mpletely empty. As a matter of fact, Alison's neighbors are proven to be dead! The only man upstairs is a blind priest who constantly looks out the window, waiting for something - or someone. What's going on here?

While Alison tries to process all this information, she constantly falls under the influence of headaches and visions of her late naked father canoodle with two healthy women in bed, as well as her late neighbors who constantly haunt her. Michael, worried about Alison, investigates the apartment. He learns that the people Alison sees were notorious killers and that the building sits on the entrance to Hell, which the Catholic Church is well aware of. Apparently, both sides have plans for Alison. Which side will win out?

STORY - THE SENTINEL is based on a 1975 novel written by Jeffrey Konvitz who co-wrote the screenplay along with director Michael Winner. THE SENTINEL was a very controversial film upon its release in both literary and cinematic forms, due to the story's heavy emphasis on Catholicism and its commentary on the eternal damnation of those who participate in same-sex relationships, murder, and especially suicide - with accepting God being one's only salvation. It turned off a lot of people at the time due to the heavy-handedness of it all. Sure, there were a lot of religious supernatural films during this period of horror cinema, but they were pretty subtle in their storytelling. THE SENTINEL pretty much hammers into your head that you're going to Hell if you commit any of the sins I mentioned earlier.

It's probably why THE SENTINEL did nothing for me as a narrative. I have nothing against good vs. evil stories that involve religious subtexts. But this one is so in-your-face about it that I pretty much zoned out for much of it. To be honest, I didn't think the screenplay was all that great anyway, as it doesn't seem to know what kind of film it wants, or needs, to be in order for THE SENTINEL to be effective as a story. Is it a psychological thriller? Is it a detective story? Is it a haunted house movie? Is it propaganda for the Catholic Church? You're never really sure because each act of the film has a different tone. In fact, Konvitz himself hated the way the screenplay turned out, feeling Winner used his novel as a way to create shock [which he failed at] instead of telling a simple horror story. I mean seriously, was using people with real-life human deformities really necessary to tell the audience that the gate to Hell was opened? Regular looking people with make-up or special effects couldn't have been used instead?

The story never feels complete at all. I understand why Alison was being sought out b 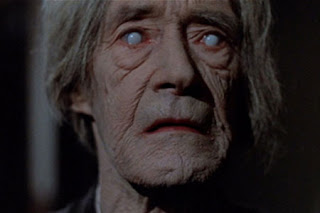 y both sides [the Catholic Church wanted her to be the new Sentinel while evil wanted her to kill herself to stop it from happening], but there's no depth behind the motives and just seems to explain itself during the last few moments of the film. Even mysteries give you better hints and clues than this screenplay does. There's also no real explanation as to why Alison was chosen to begin with. There are so many people in the world that have attempted suicide or done worse things in the eyes of God. So why was she so special? Because she was hot? Because she attempted suicide while living in a world known for excess? It's never really told. Would it have helped the film? Who knows?

The characters, while not deep at all, are at least interesting, I guess. Alison has a very interesting backstory that's never given the treatment and spotlight it really deserves. But she's likeable, beautiful, and believable. However, she's these things because she's presented as the victim from the start and she never really gains strength even at the end. Her decision was made for her either way, making her choice against her will really. Instead of powerful, she comes across as someone who was taken advantage of. That's a cheap way to gain sympathy, in my opinion.

Michael is the supportive boyfriend, although why Alison refuses to marry him or even live with him could have used more explanation. Plus there was something about his first wife commiting suicide that never was explored, but used as a red herring of sorts to the "mystery". The two lesbian couples don't hide their lust for each other, playing with their kitties right in front of Alison. At least I remembered them for something. Charles is infatuated with animals and having birthday parties for his cat. He also seems to be the leader of the villains, which is great since he has the best personality of any of the characters. Then you got the police detectives who think Michael may be behind Alison's problems. Too bad the story was convoluted, the dialogue was overbearing, and the main plotline was trying to hard to shock people when it was really boring them. I couldn't buy anything here, sorry to say. 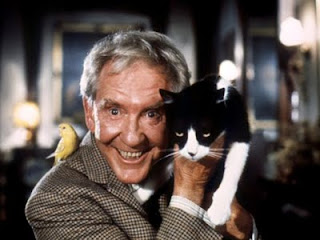 tuff, like the first three DEATH WISH films. THE SENTINEL is nowhere close to any of these films. Winner has no idea how to tell this type of story, at least not in a subtle, scary way. First of all, there's no tension or suspense at all in this film when there really should be a lot. Loud noises and seeing strange visions aren't scary or creepy unless there's something leading up to them. Too much of the film relies on providing viewers with false facts and red herrings to build up the weak mystery. The final act where Hell is opened to scare Alison into suicide before she's convinced to become the new Sentinel should be thrilling and creepy. But there's no real reason tension or excitement to the scene. I just found it laughable and silly. There are some memorable visual moments though, like the weird birthday party for the cat and Alison seeing visions of her naked father and then killing him [at least in her mind]. But Winner can't hold the film together due to its off-pace and variation in tone and mood from one scene to another. Here was a chance to really improve on the weak script with some strong visuals. Unfortunately, you don't get that here at all.

EDGE FACTOR - While the language is pretty standard for a horror film, THE SENTINEL isn't a really violent film. While we do see people killing each other, most of it is either off-screen or hidden in shadow. And besides Beverly D'Angelo playing with herself, the film ain't all that sexy either.

ACTING - The acting from this all-star cast is probably the biggest reason to watch THE SENTINEL. Cristina Raines is okay as main character Alison. She's beautiful and likeable in the role, but I felt there should have been a stronger actress to conquer the role to give it more power. But Raines is decent. Chris Sarandon is cool as Michael. He doesn't really emote much because the script doesn't allow him to, but he makes the most of it. Burgess Meredith is probably the best actor as Charles. He's crazy, kooky, and just plain weird in a very charming way. I really enjoyed him here, wishing he had been in a more interesting film. Eli Wallach enjoyed chewing the scenery as Detective Gatz. Ava Gardner gave a campy performance as Miss Logan. And we get appearances by Sylvia Miles, Beverly D'Angelo, Jeff Goldblum, Christopher Walken, Arthur Kennedy, Tom Beringer, Jerry Orbach, and John Carradine. Great cast and with some very good performances. Too bad they starred in a boring film called THE SENTINEL. 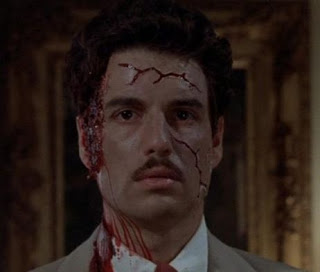 THE SENTINEL didn't knock my socks off. Yet, it's not the worst film out there, even if its message is a bit forced and the final act tries to shock but instead comes across as offensive. I recommend it only for the awesome cast and their attempt to make a weak script into something more, even though it doesn't really succeed. THE SENTINEL is average at best. It's a film that could have been very interesting and well told, but just comes across as mainly boring and wastes a terrific cast. And in my opinion, that's a huge sin in itself.