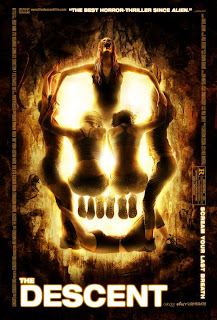 
Part of The Moon is a Dead World's 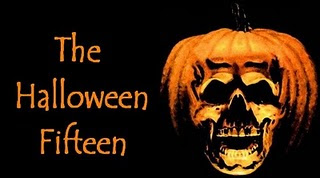 PLOT - Sarah (Shauna Macdonald) is still having trouble dealing with the death of her husband and daughter in a car accident. A year after the incident, Sarah is invited by her best friend, Juno (Natalie Mendoza), to go on a weekend getaway deep in the Appalachian Mountains with their friends Rebecca (Saskia Mulder), Beth (Alex Reid), Holly (Nora-Jane Noone), and Sam (MyAnna Buring). The women decide to explore a cave that's a tourist attraction in the area, led by Juno, but find themselves trapped inside the cave without a map. The women learn that Juno lied to them about the caverns, realizing that it's a different cave that no one has stepped foot into - and if they did, they never exited out of it. The women try to find a way out, more so when Sarah sees someone, or something, watching them inside the area. The women refuse to believe Sarah's findings, until all of them are confronted by these cave dwellers. With a new, deadlier obstacle to deal with, the women realize that reaching the surface is the least of their problems. 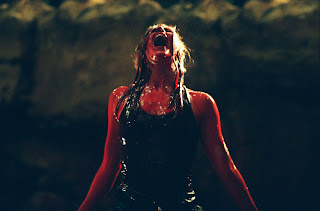 hrough film for mainstream horror audiences. Even though Marshall had directed an excellent werewolf film, DOG SOLDIERS, in 2003 for European audiences which has become a cult film for the rest of the world, it wasn't until the success of THE DESCENT in both the UK and the US that Neil Marshall got notice as one of horror's must-watch directors. While not a perfect film, THE DESCENT proves that horror is still very much alive in modern times, managing to still creep audiences and maybe scaring a few of them without using many gimmicks, but with old-fashioned drama and atmosphere.

Neil Marshall's screenplay is effective in that it allows the terror to build naturally, rather than forcing it onto audiences because it's what they would expect. I believe the drama between the characters is really what sets THE DESCENT apart from many of its contemporary counterparts, as we get to know these six women somewhat and see how fragile their relationships are with each other as the film rolls on. The focus of the film is really on the friendship between Sarah and Juno right from the start. We learn right away that Juno may be having an inappropriate relationship with Sarah's husband, which Sarah appears to be very much aware of. But before we can learn more about the affair, Marshall instantly eliminates Sarah's husband and daughter from the picture by killing both in a car accident. While this aspect of the film could have been explored more, we shift a year later with Sarah still dealing with the loss of her family under some sort of post-traumatic depression. Juno, feeling guilty for her role in the tragedy indirectly, tries to salvage her friendship by inviting Sarah on this cave adventure like the good ol' days. But as we watch, we realize the relationship is still very strained as both women have differing views on the situation they're in. Once the creatures arrive, both women seem to take a turn. Sarah goes into instant survival mode, using stealth and then her anger, about the tragedy she still can't get quite a grip on, to her advantage. Juno also fights back, but she accidentally betrays one of her friends and leaves them alone to die, knowing she could probably do something to help. When Sarah finds out about this, that's when their unresolved feelings begin to surface. It's a very natural process in how their relationship evolves within 99 minutes. We may not know their entire history and we may have more questions than answers at times, but in that instant we can relate to both women and understand that they're going to have to settle things before they can move forward, even if it does get a bit bloody.

The other characters don't really get much of the spotlight, to be honest. But they all have different personalities, some more likeable than others. But we already know from the start that these women are just the lambs for the slaughter and we shouldn't get too attached to th 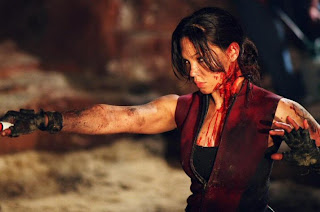 em being around. But they're the usual stereotypical characters who either don't listen, or reveal how "loyal" they are to their friends in need during a horrible situation - all things that end up getting them killed. Not much depth to them, but we get who these characters are. At least they aren't bimbos, but rather mature women who are grounded in reality. Marshall should be applauded for writing human beings instead of terrible caricatures.

I also think the slow build up is fantastic. If the creatures were never shown in the trailers or anything, you'd think the film was just about six women who got themselves trapped inside a cave just by the first 45 minutes of the film. Just the idea of being locked inside an environment that's not only foreign, but deadly and claustrophobic is creepy in itself. The first half of the film is more character driven and subtle, which effectively heightens the tension and suspense of the second half, where the creatures appear. It makes us care about the characters more by this point. It makes us invested in their situation. It actually makes these cave dwellers creepier because they've been in the shadows the entire time without really standing out until that moment we see one of them face-to-face. A lot of horror films try and do this sort of thing, but fail because the writing structure is flawed, or because there's a rush to showcase the villains for that first scare. Marshall, in a way, creates two different films here that act as one and it works great.

I also love how Marshall played around with THE DESCENT title. On the surface, THE DESCENT is about going down into the caves and getting trapped. But honestly, THE DESCENT that's being named is about Sarah's emotional state from beginning to end. The moment she loses her family, she pretty much loses everything. She loses her self-confidence. She loses her best friend, Juno, due to Juno's betrayals. She even loses her mind slowly, as evidenced by the constant dream sequences of Sarah's daughter blowing out candles on a birthday cake. One the creatures attack. Sarah's walls break and she just descends into madness, killing anyone in her way and taking care of her issues with Juno. I won't spoil the ending [the original Director's Cut ending is better, by the way - the U.S. version was a terrible way to end the film], but it definitely reflects the title of the film to a tee. Marshall definitely knew what he was doing here.

I do think having Sarah's accident happen at the beginning does take away some of the tension of the film in a way. From this incident alone, it's already established that Sarah is the main character, meaning she's less likely to die than the other women. It's a great moment and it establishes Sarah's personality well for the rest of the film, but it also takes away f 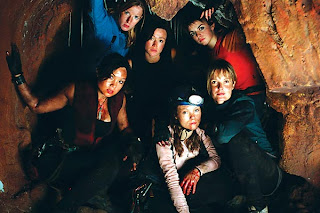 rom wondering who will live or who will die if there was no main character. Also, I do think that Sarah's and Juno's relationship with each other could have been fleshed out a bit more, especially about their past. Do I need to know every detail? No. But at least answering some lingering questions would have been nice. But other than that, a solid screenplay.

DIRECTION - Neil Marshall does a great job visualizing his script. THE DESCENT has a ton of visual style. Marshall uses a ton of different angle shots to give us a look of the cave, but mostly shoots in medium shots to close ups as a way to create a claustrophobic feel. There are a lot of quick cuts, especially during the last half of the film, as well as some "shaky cam" that actually helps the film rather than hurt it. The colors, such as the reds and greens, are just a nice touch. I loved how he presented the creatures when they first started appearing. They could be off-frame, or hiding in the shadows, making the audience really look at what they're seeing to catch them in the composition. It creates a lot of tension and suspense, especially when these creatures pop out of nowhere to terrorize the female characters. Plus the film looks great, with great set pieces and vibrant colors. Just an amazing job by Neil Marshall, with THE DESCENT proving that he's one of the better horror directors working today.

EDGE FACTOR - THE DESCENT is your typical R rated horror flick. We get the typical foul language at times. There's no nudity, unless you count the cave creatures. As for gore, well THE DESCENT delivers that in spades. We get a bone sticking out through a leg, throats torn, monsters chewing on guts, some eyeball gouging, a bunch of bites and stabbings, and women drenched in blood. More than alright, if you ask me.

ACTING - The acting is very solid in this film. Shauna Macdonald is great as Sarah. She hit every emotional cue she needed to quite believably. Her emotional evolution from beginning to end is gripping and I bought every second of it. Natalie Mendoza was just as great as Juno. I think her performance was actually more emotional than Macdonald's - it was very layered and she really had a lot to play with. She was guilty. She was mean. She was scared. She was everything, and quite convincingly as well. The other ladies also held up their own, as I really believed all six of these women were friends. Just a great female ensemble here.

THE DESCENT is one of the best horror films of the 2000s. While not perfect, it comes pretty close in terms of its narrative structure and solid direction and acting. It's hard to find a horror film these days that is hard to creep you out a bit, but THE DESCENT is one of the rare few that's able to elicit a true emotion out of its audience. Even 6 years later, it still holds up extremely well and deserves a slot in any horror fan's movie collection. Stay out of the caves and check this out instead.