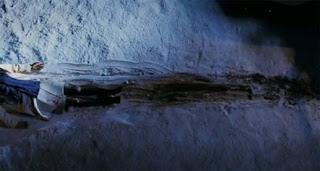 Toronto – September 15, 2010 – The Wagner/Cuban Company's Magnet Releasing, genre arm of Magnolia Pictures announced today that it has acquired North American rights to KIM Jeewoon’s (The Good, The Bad and The Weird and A Tale of Two Sisters) I SAW THE DEVIL at the Toronto International Film Festival. Shockingly violent and stunningly accomplished, I SAW THE DEVIL transcends the police procedural, pushing the boundaries of extreme Asian cinema in ways that will surprise and thrill fans of the genre.

The Good, the Bad and the Weird’s Lee Byung-hyun stars as Dae-hoon, a special agent whose pregnant wife becomes the latest victim of a disturbed and brutal serial killer, captivatingly played by Oldboy’s Choi Min-sik. Vowing revenge, Dae-hoon blurs the lines between hunter and hunted and good and evil, eventually becoming a monster himself in his twisted pursuit of revenge.

"I SAW THE DEVIL is one of the most riveting and unrelenting films I've ever seen. It is an undisputable masterpiece," said Magnet SVP Tom Quinn. "Unparalleled in it's brutality, Kim Jeewoon deftly takes the serial killer thriller to new, profoundly disturbing heights. It's hard to imagine curating a genre label that didn't include this remarkable achievement."

The deal was negotiated by Magnet's Quinn with Youngjoo Suh from Finecut. Magnet will release I SAW THE DEVIL theatrically in first quarter 2011.

Magnet is the genre arm of Magnolia Pictures (www.magpictures.com), specializing in films from the vanguard of horror, action, comedy and Asian cinema, and is home to such films as Tomas Alfredson’s Let the Right One In, Neil Marshall’s sword and sandals bloodbath Centurion, John Woo’s historical epic Red Cliff, Ty West’s terrifying The House of the Devil, Tony Jaa’s Ong Bak trilogy, Nicholas Winding Refn’s Bronson, the Spanish horror film [Rec]2, and George A. Romero’s Survival of the Dead. Coming soon is Gareth Edwards’ highly anticipated sci-fi masterpiece Monsters, coming to theaters in October, and Quentin Dupieux’s Rubber, featuring a killer tire on a murder spree. Magnolia Pictures is the theatrical and home entertainment distribution arm of the Wagner/Cuban Companies, a vertically integrated group of media properties co-owned by Todd Wagner and Mark Cuban that also include the Landmark Theatres chain, the production company 2929 Productions, and high-definition cable network HDNet.