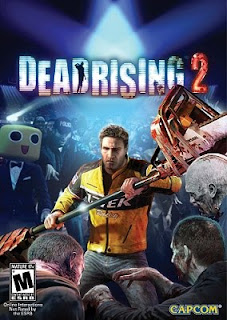 Any serious gamers out there? Well if you wanted to ever kill zombies in a virtual environment, you're in luck! On September 28th [September 24th in Europe & September 30th in Japan], video game giant Capcom is releasing its highly anticipated sequel for its other zombie franchise, DEAD RISING 2. Taking place 5 years after the original, the zombie outbreak has taken over the entire United States. Only Chuck Greene, a former motorcross champion who is uninfected, must contain the outbreak by bashing zombies with a variety of weapons, including chainsaws, "Dynameat", and a machine gun acting as a sentry for a Rambo-inspired teddy bear. It will be available for the Xbox 360, PlayStation 3, and PC consoles.

And if you have a Xbox 360, you can download an exclusive demo called Dead Rising: Case Zero, which is a prologue for Dead Rising 2. It costs 400 Microsoft Points ($5 US).

Check it out and support video game horror!