So there's this meme going on, started by The Mike from From Midnight, With Love, where he wants bloggers to choose their Top 5 Cult Films of the 1970s. A lot of people posted their lists already and I agree with most of the choices. It has taken me a while to put out this list because it's hard to really define what a Cult Film is these days. Like on some lists, I saw HALLOWEEN posted as a Cult Film. I don't agree with that since it was very successful when released, but it does have a certain following. So maybe it is a Cult Film, who knows? Probably why The Mike wanted us to make our lists to begin with.

So it took me days to put this list together. I had to choose 5 films I felt deserve the title of "Cult". So without further adieu, here is my list: 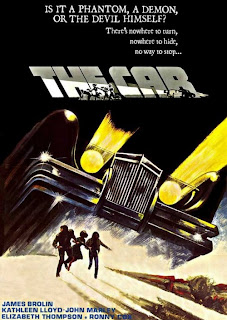 5. THE CAR (1977)
Who doesn't want to see a film about a possessed car ramming down people? Starring James Brolin and his awesome 70s beard [damn you Barbara Streisand for making him shave it], THE CAR is a fun flick with cool stunts and good action. It was considered "JAWS with a car" - how cool is that? I consider this a Top 5 Cult Film of the 70s for a few reasons. While DUEL pretty much started this killer car trend [but that film was very successful upon release], no one really talks about THE CAR. It's funny since it has influenced so many other "Killer Vehicle" movies more than DUEL ever did. Films such as CHRISTINE, MAXIMUM OVERDRIVE, THE WRAITH, THE HEARSE, and so many others were definitely inspired by this film. Hell, even Knight Rider in a way was inspired by THE CAR. And every time I watch Quentin Tarantino's DEATH PROOF, this movie always flashes in my mind. It's obvious Tarantino took a lot of his car sequences from this film. So THE CAR deserves drives its way into my list. Or else, it might jump through my window and mow me down. 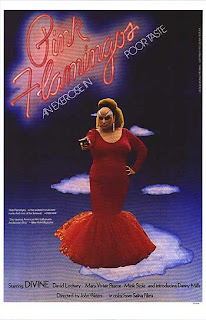 4. PINK FLAMINGOS (1972)
John Waters directs. Drag queen Divine eats actual dog shit from the sidewalk and considers herself the filthiest person in the world. Mainstream it ain't. This film will definitely get a reaction out of people, whether they've seen it or not. 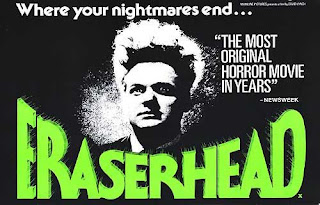 3. ERASERHEAD (1977)
David Lynch's ERASERHEAD, his first feature, is a nightmare on celluloid. And I mean that in the best of ways. I haven't seen this film in years, but I do remember that creepy looking baby and some other weird shit that doesn't make a whole lot of sense. In fact, I don't think many people can tell you what this film is really about. But David Lynch is known for his quirky, weird tales that involve many hours of analysis. It's a baffling film, but it's a fantastic one that shines with originality. ERASERHEAD is a film ahead of its time. 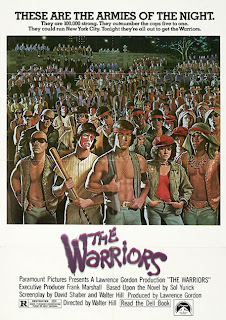 One of my favorite movies of all time, THE WARRIORS showed the world the gritty gang life in New York City. It's weird putting this film in a Cult Film list because it's become so damn popular in the past few years. The dialogue is easily quotable: "Can You Dig It?" and "Warriors...come out and play-ay-ay!" are classic quotes that everyone knows. A lot of 80s films involving gang violence [such as CLASS OF 1984 and SAVAGE STREETS] based their style on THE WARRIORS. And Rockstar Games, the makers of the Grand Theft Auto franchise, released a game about THE WARRIORS, serving as a sequel to the movie [with the game becoming very successful and profitable - I own this for PS2 and it rocks]. But it does deserve Cult status for its gritty exploitation feel. Plus it just kicks a lot of ass. 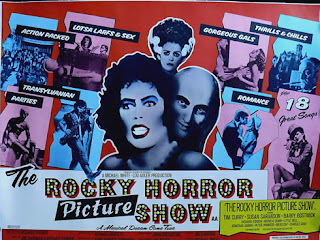 The ROCKY HORROR PICTURE SHOW should be on every list for 70s Cult Films. I think this movie is the epitome of a cult classic. You have great, memorable characters. You have awesome songs, such as "Time Warp". Plus how many other films can claim to have midnight screenings with movie goers actually dressing like their favorite characters and performing them while the movie is playing? Hell, it's even preserved in the United States National Film Registry by the Library of Congress as being "culturally, historically, or aesthetically significant." The fact that this film still plays in Midnight Showings [and I've been to one a couple of years ago - it was really fun] shows the significance this film has had on its loyal audience. A fantastic film that is the standard bearer of the cult movie. I don't think any film tops ROCKY HORROR PICTURE SHOW on a list like this.