V/H/S is a highly anticipated horror film that will be released on Magnolia On Demand on August 31st and in theaters on October 5th. With an awesome poster and an interesting plot, I definitely want to check it out. 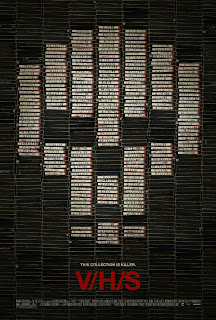 Here's the synopsis for V/H/S:
When a group of petty criminals is hired by a mysterious party to retrieve a rare piece of found footage from a rundown house in the middle of nowhere, they soon realize that the job isn’t going to be as easy as they thought. In the living room, a lifeless body holds court before a hub of old television sets, surrounded by stacks upon stacks of VHS tapes. As they search for the right one, they are treated to a seemingly endless number of horrifying videos, each stranger than the last. 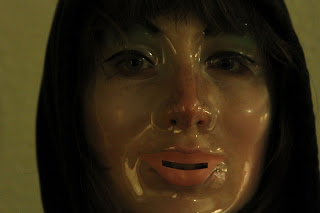 More info about this film will be posted on the blog as it comes.
Posted by Fred [The Wolf] at 12:12 AM