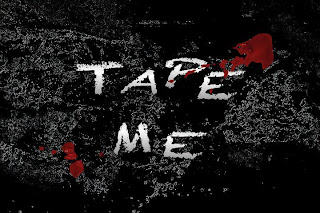 TAPE ME: REEL 1 is the new short film by Christopher Eric Outridge of CEO Productions. Chris founded CEO Productions in 2008, where he focuses in all aspects of filmmaking; directing, screenwriting, cinematography, editing, coloring, etc. I've worked with Chris and can tell you that he is very passionate about film and editing.

Inspired most likely by his love for the SAW horror series, TAPE ME: REEL 1 is as follows:

TAPE ME is about a serial killer named FACELESS who video tapes himself stalking, torturing and murdering his subjects, based his interests in their own "human flaws." He takes his murder reel and sends it to each of his new victims. When they watch his murder reel, they become his next victims. Faceless Watches Them, He Tortures Them, HE TAPES THEM... In this film, Faceless forces a cheating lothario named Trevor to choose between his girlfriend, Jayah, and his actress friend and current mistress, Vanessa. Whatever the result, Faceless garuantees their will be a choice, and it will end with murder. 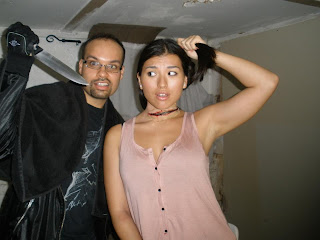 This 11 minute film is an interesting start to what Chris feels will be a longer series of short films. While the audio levels are a bit off at times, the acting is convincing and the narrative will keep you interested in seeing what Trevor's outcome will be. While much more could be shown about Faceless's world of terror, Chris will probably present more about the killer's origins in the next set of films he plans on making about the character. Check it out and support indie filmmaking. Thanks Christopher Eric Outridge for keeping the horror scene alive 11 minutes longer.