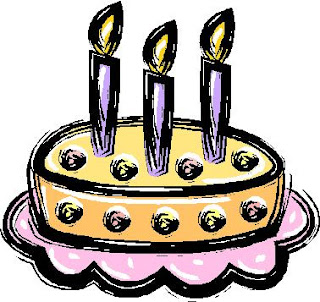 In October of 2006, I started a review blog on MySpace where I would rant and rave about horror films. I was inspired by other bloggers who were doing the same thing. Feeling I needed to do something with my blog, I decided to jump on the bandwagon. I never thought it would matter much to anyone else or lead to bigger things in the future. I had a film teacher tell me that the best way to make great films is by dissecting them and writing down what works and what doesn't. Who knew it would lead to today and this monumental anniversary for me?

I opened up this blog/site on April 12, 2008 as a back up for my MySpace reviews. Then, it took a life on its own as I focused more on Full Moon Reviews than my MySpace blog. I've done 400 reviews - both written and video - most of them for horror films [a genre I love and will always love, even when recent times makes it tough] - and I have been supported by a great amount of readers, viewers, and bloggers I consider my friends. This is not something I have to do, but it's something I want and love to do. I have tried my hardest to inform people with my reviews while entertaining them at the same time. And I am grateful to have so many people along for the ride.

Because of this blog, I have met so many great people both online and offline. It's lead to many opportunities, from writing to many successful blogs/websites, to interning for Fangoria Entertainment and still contributing to them, to now getting to work for Mad Monster. It's also helped me become a better writer, analyst, and filmmaker. This blog, while just a hobby, has done a lot for me in my life.

It's hard to believe this blog/site is three years old now and that I've been doing this for almost 5 years. I wouldn't change any of this for the world. I have a lot of great stuff coming up [SCREAM this week, THE FAST AND THE FURIOUS and X-MEN franchises as well - more action/fantasy stuff coming - no didn't forget about horror, that's coming too], so I ain't going anywhere any time soon. Thank you all for reading, watching, and just flat out supporting this blog. Here's to celebrating Year 4 in 2012!


TOP 10 MOST VIEWED REVIEWS [ACCORDING TO BLOGGER'S BROKEN STATS]

- THE HITCHER (2007) - My most popular MySpace blog post, thanks to my loving letter to one Sophia Bush.

- DO YOU WANNA KNOW A SECRET? (2000) - First bit of hate mail from the sister of one of the actresses in the film back on MySpace. I knew I made it as a reviewer/blogger with this one.

- THE NAIL GUN MASSACRE (1985) - When the rape is the best part of the film, there's a problem [yet the comment is a favorite from certain readers].